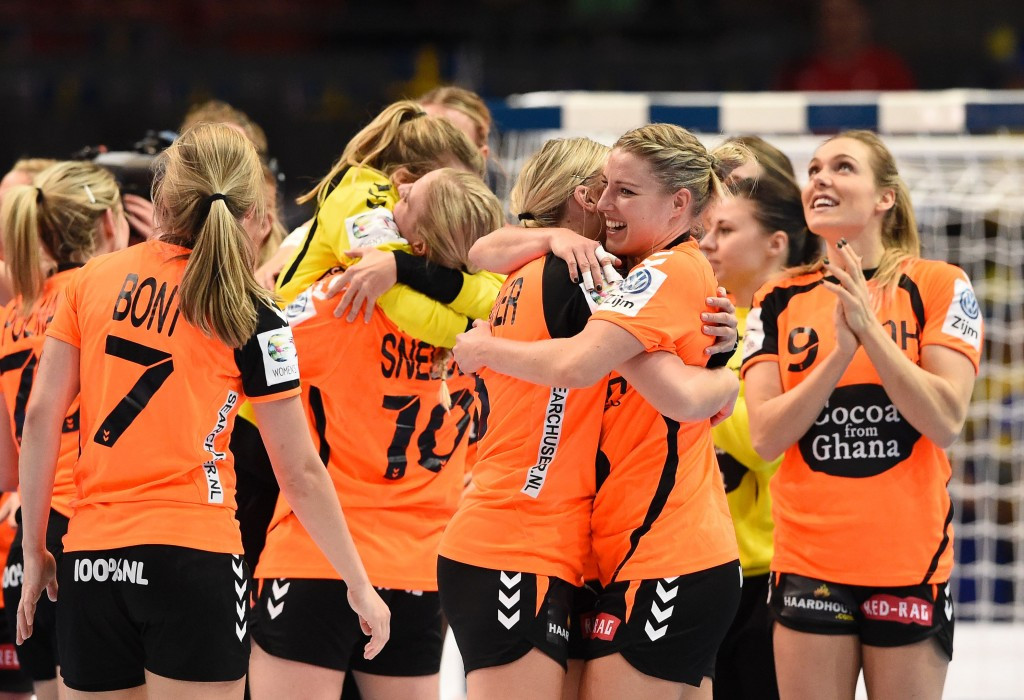 The Netherlands sealed a spot in their first ever semi-final at the European Women's Handball Championships today after producing a battling performance to defeat Spain.

They won 29-24 at the Scandinavium in Gothenburg to continue the superb form they have showed through the group stage.

Estavana Polman was the star with 10 goals and the Dutch team held off their opponents after holding a 15-13 lead at half-time.

"It was a really difficult match," said team member Maura Visser after the match.

"We didn't play at our best, we had some problems in defence and we had to fight every time until the very end.

"I know we can do better but we found our solutions.

"It took some time but I think in the end we were the better team.

"And now we are just looking forward to the semi-final."

Russia completed a disappointing tournament with a second successive draw against Hungary.

They were held 26-26 at the Helsingborg Arena to follow an identical scoreline yesterday against Denmark.

The Netherlands will now face Denmark in the semi-finals after they defeated Romania 21-17 today.

Norway are also guaranteed a semi-final spot after a 35-24 win over Czech Republic.

Germany missed out on the semi-finals despite a 28-22 success over Sweden.

France sealed the final spot by winning 28-21 against Serbia.