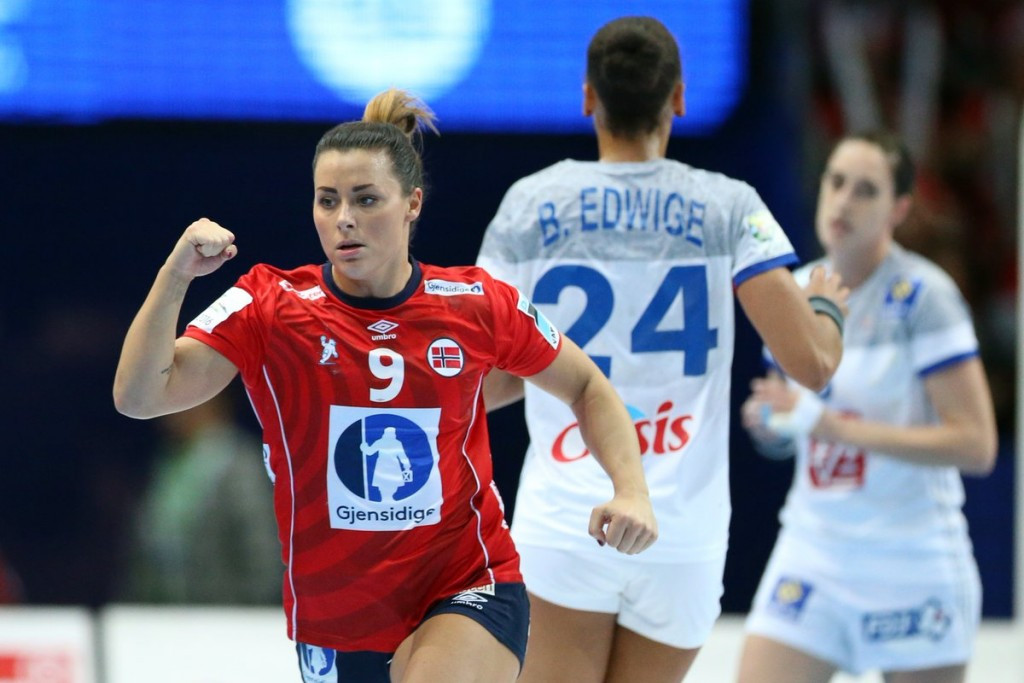 The Norwegians, who earned bronze at the Olympic Games in Rio de Janeiro, produced a solid performance in front of a packed crowd at the venue in Sweden.

The vast majority of those inside the Scandinavium were hoping to see Norway claim victory and they did not leave disappointed as Norwegian goalkeeper Silje Solberg put in an heroic display.

Solberg saved 13 shots in all, including several in the dying stages to help her side edge over the winning line.

Although the contest proved to be a fascinating affair, the match was the lowest scoring semi-final in the tournament's history.

The semi-finals between Spain and Montenegro in 2014 and Norway and France in 2002 both yielded 37 goals.

Norway will go up against The Netherlands, who progressed to the final of the European Championships for the first time with a 26-22 win over Denmark.

Denmark, bidding for their first appearance in the gold medal match for 12 years, will take on France for bronze.

Nora Mork top scored for Norway in their clash with France as she found the net seven times, with Marit Malm Frafjord scoring at crucial moments of the game.

The result saw Norway secure a berth in the European Championships final for the eighth edition of the biennial event in a row.

They have won five of the last seven tournaments, losing to Hungary in 2004 and Montenegro in 2012.

In the day's first semi-final, The Netherlands, who had never made it this far at the tournament before, started at a blistering pace and it set the tone for the rest of the encounter.

Estavana Polman scored seven goals for the Dutch, while Cornelia Groot, who was crowned player of the match, chipped in with six.

Although they had no trouble in front of goal, The Netherlands owed a lot to goalkeeper Tess Wester, who thwarted their Danish opponents on no fewer than 11 occasions.

The final and third-place play-off are due to take place on Sunday (December 18).