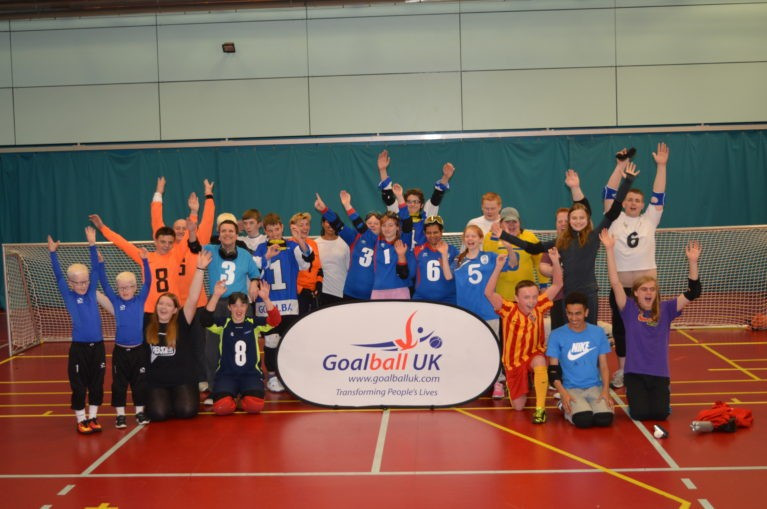 Goalball UK has been awarded £1.3 million ($1.6 million/€1.5 million) from Sport England in order to continue what it describes as "the remarkable progress being made in grassroots participation".

With the potential for an additional talent development grant in the New Year, Goalball UK is set to double its total funding from Sport England.

The announcement comes on the back of confirmation earlier this month that the national governing body will receive no financial support for elite performance training and travel to competitions in the run-up to the 2020 Paralympic Games in Tokyo.

Britain had failed to qualify for Rio 2016.

"The lack of support from UK Sport means that despite having some incredible players developing through our talent pathway, we face a black hole of funding at an elite level," said Mike Reilly, chief executive of Goalball UK.

"This is in spite of incredible performances from our men’s and women’s GB squads who both achieved promotion to the A League in the IBSA (International Blind Sports Federation) European Championships in October.

"With the help of Sport England, we are going to do everything we can to transform the lives of as many blind and visually-impaired people as possible.

"We will also work tirelessly to enable the progress of players who aspire to the podium at Tokyo 2020."

The British Government’s Towards an Active Nation strategy, launched earlier this year, highlighted the wider value of sport including physical and mental well-being, personal development, and recognising the community, social and economic contribution made when people are able to develop new skills.

One of the findings that is said to have impressed Sport England was that involvement in goalball, which has quadrupled participation in four years and doubled the number of active clubs, meant visually-impaired young people were 47 per cent more likely to be in full-time education or employment.

"At the heart of the Active Nation strategy is the wider value of sport, especially when it comes to under-represented groups who are more likely to be inactive such as the disabled," Reilly said.

"The visually-impaired, in particular, can find it challenging to find opportunities to participate in sport and society more generally.

"For this relatively small investment, every club will be able to act as a crucial social and support network for visually-impaired people and their families."

Britain's Sports Minister Tracey Crouch added: "Grassroots sports develops the stars of the future which is why we are investing almost £90 million ($110 million/€106 million) to help the governing bodies that run them.

"Participation levels in sports are rising and we want to maintain that momentum by allowing governing bodies to bid for extra investment from Sport England for specific projects that will encourage people to get involved and bring communities together."

Unlike many sports, goalball allows for a swift rise to elite competition for those who show talent.

Laura Perry became part of Britain’s women’s team just 18 months after taking up goalball, while Matt Loftus, a member of Britain’s men’s team, was recruited to the elite pathway after his first tournament.

"With the rapid progression of many of our current GB players to the national squad, it is entirely likely that future GB members are yet to pick up a goalball," Reilly said.

"Since London 2012 and working with Sport England we have dramatically increased our reach to often isolated blind and visually-impaired people.

"Each new player is a life transformed for that individual.

"Now, having proven that getting involved in goalball dramatically improves the life chances of the individual, we can look to do even more."