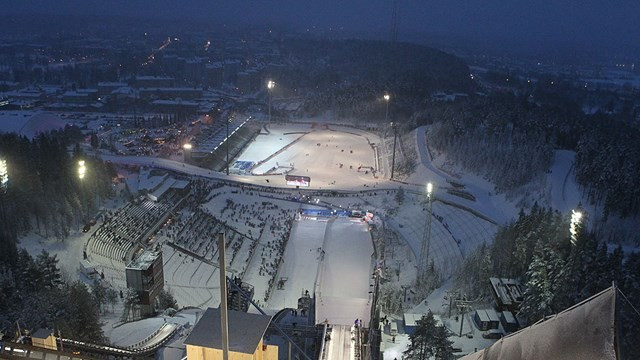 Earlier this week, it was confirmed by organisers that the World Cup will go ahead as planned, despite warm temperatures and low amounts of natural snow at the venue.

It is serving as the last test event for the FIS Nordic World Ski Championships in Lahti, scheduled to take place from February 22 to March 5, together with a Scandinavian Cup in cross-country skiing.

Germany’s Johannes Rydzek currently leads the overall World Cup standings on 470 points, while compatriots Eric Frenzel and Fabian Riessle are second and third on 454 and 342 respectively.

"I like that we are able to test the hill and tracks in Lahti for one last time before the World Championships," Rydzek said.

"It is a special honour to start this second World Cup period in the yellow bib but our training camp in [Italian village] Predazzo after Christmas showed me that I have to keep on pushing to defend this position.

"My own team-mates are hot on my heels."

Among those expected to provide the strongest challenge to Germany's dominance this weekend is home favourite Hannu Manninen, the most successful Nordic Combined athlete of all time.

Manninen, winner of an Olympic gold medal in the 4×5 kilometres team event at at Salt Lake City 2002, initially hung up his skis in 2011 but returned in August.

The four-time overall World Cup winner competed in the Finnish National Championships early last year and begun the process to secure a place at FIS-level competitions.

Manninen, also winner of an Olympic silver medal in the 4x5km team event at Nagano 1998 and bronze at Turin 2006, has a record 48 World Cup victories to his name.

Norway’s Jarl Magnus Riiber will also be looking to make his mark as he eases back into competition with one start this weekend following a long period of sickness.