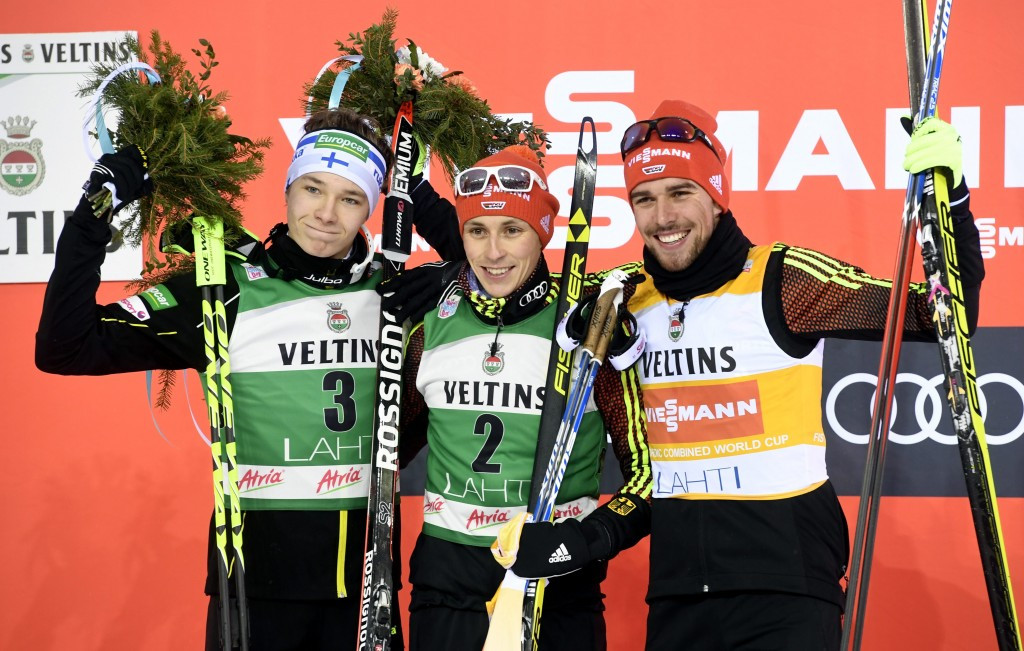 After the ski jumping element of the Gundersen large hill contest in Lahti, Frenzel sat in second place as his 125.5 metres effort, helping him to 118.8 points, was eclipsed by Norwegian Jarl Riiber, who scored 135.2 with a leap of 128m from a lower gate due a coach’s request.

But Frenzel, who won four of the five World Cup events in December which included a team race, dominated the 10 kilometre cross-country section of today’s action, taking the lead just after the halfway point from Riiber, who was making his return following a long period battling illness.

The 28-year-old who has won the last four World Cup titles still had to fight off a challenge from young Finnish skier Eero Hirvonen, but managed to win by 4.1sec with a final time of 29:13.7.

His German team-mate Johannes Rydzek completed the podium line-up as he finished third with a time of 29:40.1.

Frenzel’s success also meant he has now gone above Rydzek in the overall World Cup standings as he sits on 554 points, 24 ahead of his friend.

Another German, Fabian Riessle, is third on 378 after finishing seventh in Lahti.

Tomorrow, the men will take to the course again for another 10km Gundersen large hill.