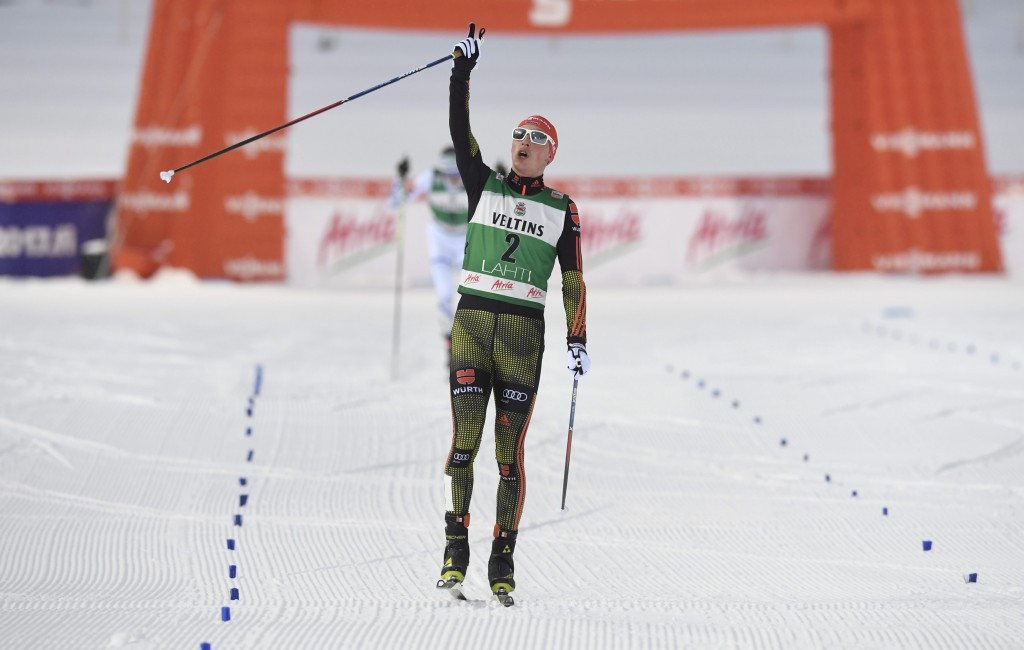 Germany will once again be the nation to beat this weekend when the International Ski Federation (FIS) Nordic Combined World Cup season continues in Val di Fiemme in Italy.

All eight of the individual races held this campaign have been won by representatives of the country, with Eric Frenzel claiming four victories, Johannes Rydzek three and Fabian Rießle one.

Defending overall champion Frenzel leads the World Cup standings with 634 points, followed by Rydzek on 590 and Rießle on 478.

Their challengers will have two chances to finally wrestle top spot from them in Val di Fiemme, with men’s Gundersen large hill events scheduled for tomorrow and Sunday (January 15).

Sandwiched between them will be the first team sprint of the winter, on Saturday (January 14).

Norway’s Magnus Krog had an excellent weekend at the resort last year, triumphing in the team sprint with Jørgen Graabak and claiming victory in one of the two individual events.

The 29-year-old has had a disappointing start to the season though and sits 25th in the World Cup standings with 57 points.

Graabak, a double Olympic gold medallist at Sochi 2014, injured a rib during a training fall last week in Finnish city Lahti and it remains to be seen if he is fit enough to endanger the leading German trio.

Another Norwegian, Jarl Magnus Riiber, returns to competing in both individual events after contesting just the first of the two in Lahti on his return following a long period battling illness.

Austria’s Bernhard Gruber, who won one of the events in Val di Fiemme last year, is still recovering from a severe cold which sidelined him last weekend.

Despite him not having the opportunity to repeat his achievement, his two younger team-mates Mario Seidl and David Pommer are both back on the Austrian team.

Samuel Costa, who had two top-10 finishes in Lahti, and Alessandro Pittin will lead the home team.