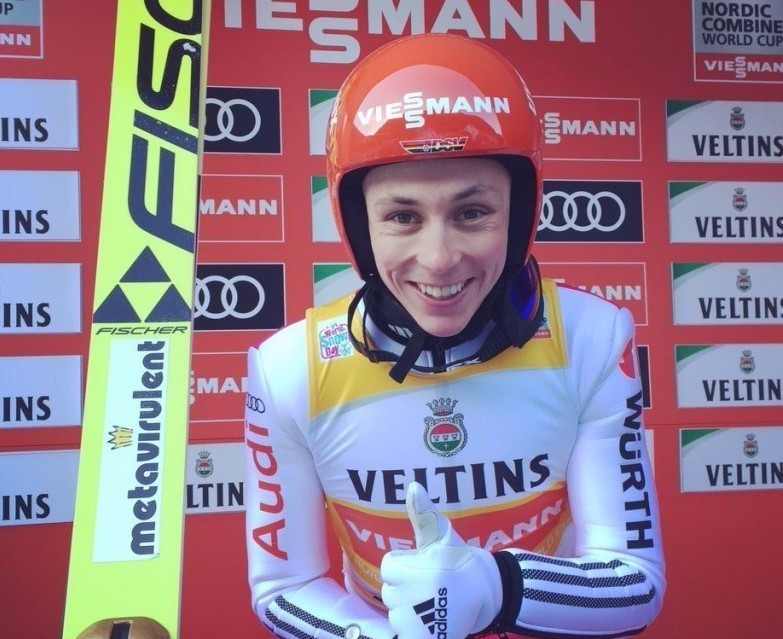 The 28-year-old confirmed his dominance from the outset with a majestic ski jump of 138 metres for 141 points at the Italian resort.

This ensured an 18-second lead heading into the cross-country leg, in front of Japanese duo Go Yamamoto and Akito Watabe.

In what effectively turned into an exhibition effort, defending overall World Cup champion Frenzel then underlined his utter dominance by cruising clear to win in 27min 21.70sec.

He eventually finished 30 seconds clear of German team-mate Johannes Rydzek, although it would have been even larger if Frenzel had not slowed for a celebratory final stretch.

Watabe battled to bronze a further second back in 27:52.9.

Yamamoto fell to 38th after a torrid ski.

Norway's Mikko Kokslien skied superbly to rise from 32nd after the jumping to a final position of ninth.

Frenzel, the normal hill/10 kilometre Olympic champion at Sochi 2014, sits atop of the World Cup standings with 834 points with Rydzek second on 750.