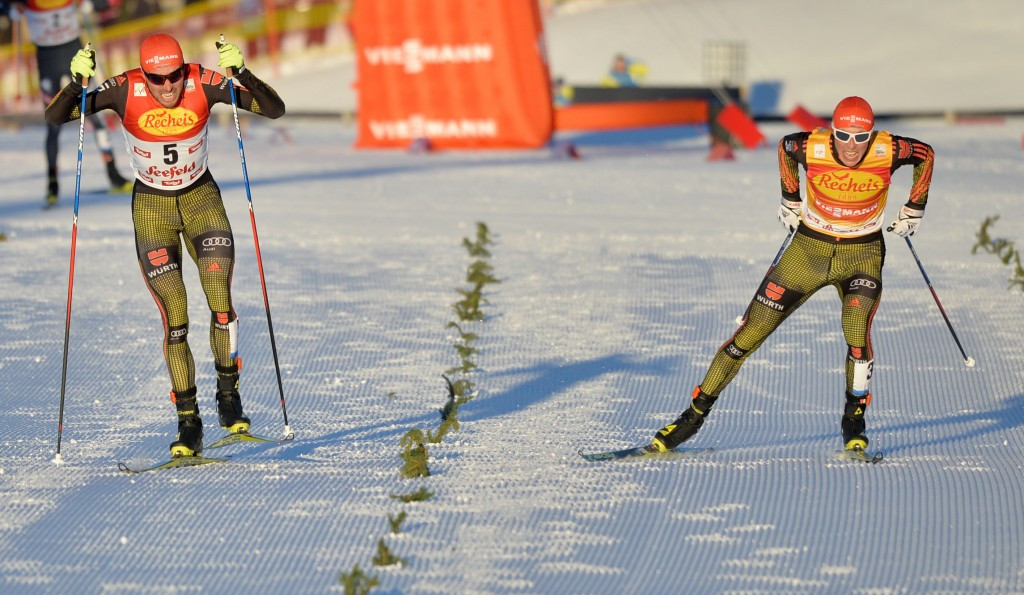 Germany’s Johannes Rydzek edged out his compatriot Eric Frenzel on the opening day of competition at the Seefeld Triple, as the fourth edition of the Nordic combined competition got underway.

The result ended an extraordinary run of dominance from Frenzel of 11 straight wins, which dates back to when the event featured just two races during the 2012 to 2013 season.

Rydzek would prevail in the shortest of the events, with the cross-country skiing element of Triple increasing in distance every day of the International Ski Federation (FIS) World Cup competition.

The two-time world champion began the day with a score of 133.7 points in the ski jumping, placing him fifth in the standings.

Austria’s Berhard Gruber and Italy’s Samuel Costa led topped the standings with 138.4 and 137.5 respectively, while World Cup leader Frenzel was third on 135.7.

While Frenzel began the five kilometre cross-country race with an eight second advantage over Rydzek, he was unable to hold off his rival.

Rydzek would catch his compatriot and attempted to move clear of him on an uphill section, but would eventually settle for beating Frenzel by a slight margin in the sprint.

Both men were given a time of 12min 0.2sec, but Rydzek would take the victory.

“It started with a really cool jump and yes, my starting position for the race was great,” he said.

“I tried to eliminate my time disadvantage which was hard because the speed was high.

“In the second lap, Eric really stepped on the gas, I was able to match him and used the slip stream position on the last downhill.

“On the finish line, it was just a battle against the pain and yes, shoe size 44 against 42, I think this was my advantage today.”

Costa would secure a maiden career podium finish, with the Italian ending 6.8sec behind the two Germans.

He held off the challenge of Austria’s David Pommer, who was a further three seconds back.

The Seefeld Triple will continue tomorrow with the 10km competition.