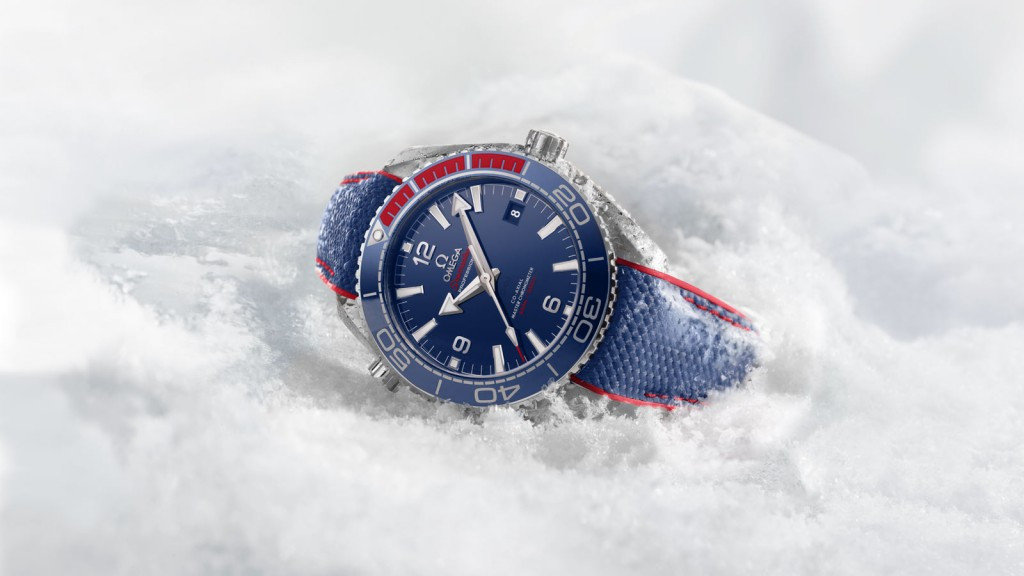 The Swiss-based company, which is a top-tier worldwide sponsor of the Olympic Games as it is a member of The Olympic Partner (TOP) programme, last year produced the Seamaster Aqua Terra Pyeongchang 2018 limited edition watch to mark the two-year to go mark.

"Limited to 2,018 pieces, it is not only an aesthetically striking timepiece in bold blue and red, it is also a technological marvel," Omega said.

"Certified as a master chronometer, it has been tested at the industry's highest level.

"This 43.5 millimetre watch captures the colours of the South Korean flag with a polished blue ceramic dial and unidirectional bezel, blended with red rubber for the first 15 minutes.

"This theme is continued through the blue and red rubber strap."

Both watches have the Pyeongchang 2018 logo included on a sapphire crystal caseback.

However, on the Planet Ocean watch, the words "Planet Ocean" and "limited edition" have also been engraved in blue.

To correspond with the year in which the next Winter Olympic and Paralympic Games will be held, only 2,018 will be made.

Omega, who signed an agreement to extend their TOP sponsorship to the Tokyo 2020 Olympic Games back in 2009, also produced watches for the Sochi 2014 and Rio 2016 Olympics.

Next year’s Winter Olympics are due to take place from February 9 to 25.