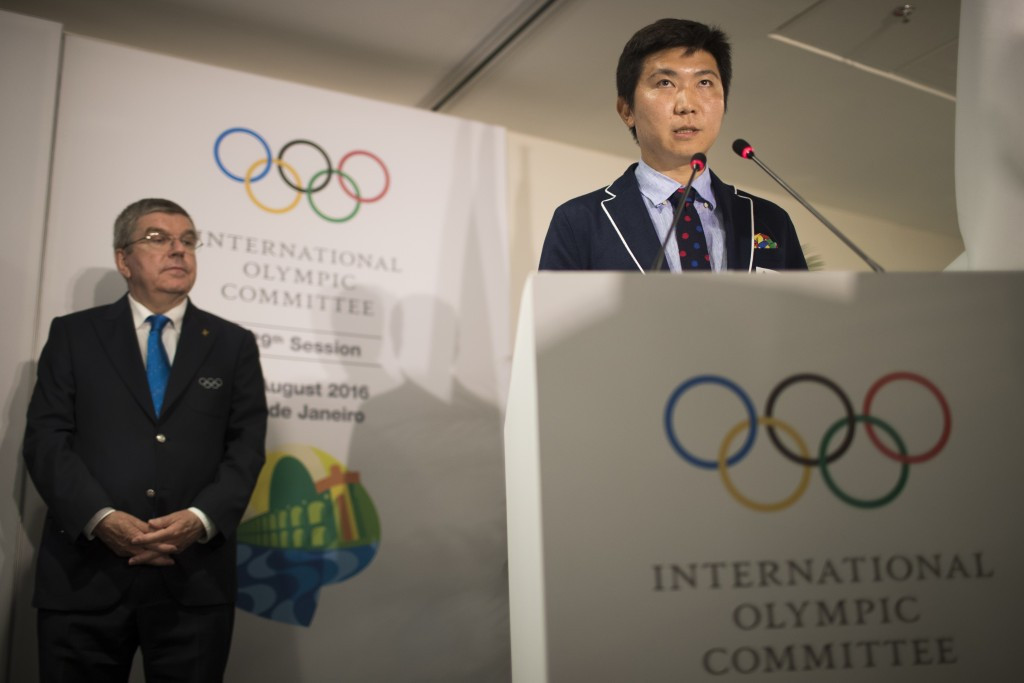 Ryu, who was elected to the IOC Athletes' Commission in August, believes there are concerns among fellow members over the engagement of the South Korean public with next year’s Games.

The Athens 2004 men's singles table tennis champion claimed the celebrations to mark the one-year to go milestone and ongoing test events have partly alleviated these worries.

But he expressed his view that more can still be done to increase the public’s attention and support for the Games.

"The whole world is going to look at what we're doing, we need to show our strength to the world.

"When I met with other IOC members and athletes, some of them still showed their concerns for the Olympics.

"But after a series of test events and the one-year-to-go countdown ceremony, many of them are having big expectations for Pyeongchang.

"We really need to prepare for this Olympics thoroughly."

Pyeongchang 2018 are currently in the midst of a busy test event programme, after already staging the International Ski Federation (FIS) Cross-Country and Nordic Combined World Cups this month.

The International Skating Union (ISU) World Single Distances Championships concluded over the weekend after four days of competition, while freestyle skiing, snowboarding and ski jumping competitions are all ongoing.

Tomorrow will also see the start of the ISU Four Continents Figure Skating Championships, which organisers claim has proven extremely popular with the public.

Around 31,900 tickets have reportedly been sold for the event, making it the largest selling figure skating event ever held in South Korea.

Yonhap reported that when the Championships last took place in South Korea in 2015, only 6,500 tickets were sold for the event in Seoul.

The Championships are only open to skaters from Asia, Africa, the Americas and Oceania.

It seeks to provide athletes from these continents a competition of similar standard to the European Figure Skating Championships.

The appearance of Olympic champion Yuzuru Hanyu in the men's singles could be a reason for the high demand in tickets, with the star likely to be backed by a strong contingent of Japanese fans.

The short distance between Japan and the host nation, coupled with the likely presence of Hanyu, is expected to help make figure skating one of the most popular selling events at next year’s Olympics.

With South Korea also anticipated to have a strong figure skating team, the Gangneung Ice Arena could be one of the most popular venues.

Last week, Pyeongchang 2018 confirmed to insidethegames they had received 50,000 requests for Olympic Games tickets within the first 24 hours of the initial sales period, which was launched on February 9 to coincide with the one year to go celebrations.

The Olympic Games will take place from February 9 to 25 next year.