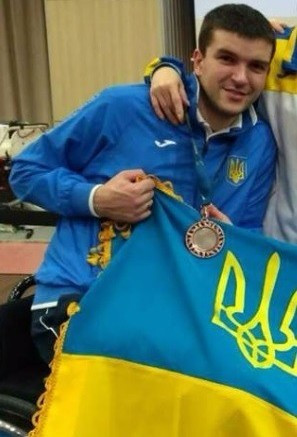 Ukraine's Andrii Demchuk prevailed in the men's sabre category A competition on the final day of the International Wheelchair and Amputee Sports Federation (IWAS) Wheelchair Fencing World Cup in Eger.

Demchuk, who took bronze in the men's foil category A earlier this week, convincingly beat Russia's Viktor Dronov 15-5 in the final.

Richárd Osvath of Hungary, who won the foil A competition, finished third while fourth place was claimed by Maxim Shaburov of Russia.

In the second men's competition today, the sabre category B tournament, Alessio Sarri of Italy prevailed.

Sarri defeated Adrian Castro of Poland in the final.

She silenced the home crowd by beating Amarilla Veres of Hungary 15-13 in the final.

In the final category of singles action in Eger, Poland reigned supreme.

Patrycja Hareza was victorious in the women's sabre B competition after she beat compatriot Jadwiga Pacek 15-12 in the final.

Ukraine completed the top four with Nadia Doloh in third and Olga Yesina in fourth.

The team of Vio, Andrea Mogos and Loredana Trigilia defeated Hungary 45-42 in the final.

Russia were the victors in the men's team event, after they overcame Italy 45-30 in the gold medal match.