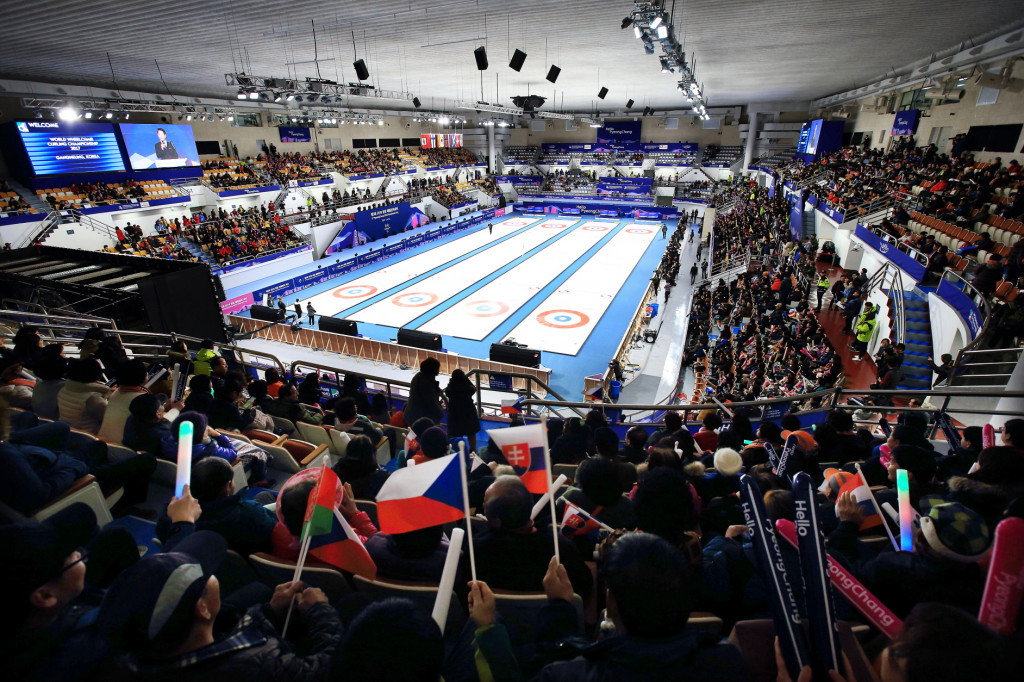 Pyeongchang 2018 marked their National Paralympic Day celebrations with a special event held to coincide with the opening of the World Wheelchair Curling Championships at the Gangneung Curling Centre.

Around 3,000 fans attended an event arranged by the Organising Committee, which was attended by Pyeongchang 2018 President Lee Hee-beom and World Curling Federation (WCF) head Kate Caithness.

South Korean pop group Apink performed at the event, while the VIPs in attendance were given the chance to try wheelchair curling.

In the plaza outside the Curling Centre, the public got an opportunity to have a go at sports such as wheelchair curling, Para ice hockey and biathlon.

Today's event was also staged to recognise the One Year to Go milestone until the 2018 Winter Paralympic Games get underway, which comes on Thursday (March 9).

"World Paralympic Day is an opportunity to celebrate diversity and inclusion in sport and give everyone the chance here today to learn more about some of the Para sports," said Lee.

“This is the third year we have celebrated this day in South Korea and we see these carnivals as an important education tool to showcase these wonderful sports and some of the remarkable athletes involved.

"When the Paralympic Winter Games begin in Pyeongchang in just over a year's time, I hope that many people will come and enjoy the action and that they can create a real legacy for disability sport across the country.”

Caithness said the WCF were "proud" to be involved with the National Paralympic Day celebrations and claimed wheelchair curling is continuing to enjoy strong growth.

"We are proud that the celebration for this very special Paralympic Day is taking place here in the Curling Centre which will be the venue for the sport in next year’s Paralympic Winter Games," she said.

“I was fortunate to be here in Gangneung in 2009 when South Korea hosted the World Women’s Curling Championship in this very arena.

"I cannot tell you how much work has been done to the building over the past few years since Pyeongchang was awarded the Olympics and Paralympics.

"It has truly been transformed.

“The sport of wheelchair curling continues to grow and we are delighted that the number of teams participating in next year’s Games have been increased from 10 to 12 which is a testament to the growth of the sport.”

Finland and Russia were the big winners on the opening day as they both picked up two victories.

The home crowd were also treated to a South Korean win as the hosts beat the United States 8-4.

Defending champions Russia began their campaign with a thrilling triumph over Switzerland as skip Andrew Smirnov scored a crucial point in the eighth end to secure a 6-5 success.

The Russian side then cruised to a 7-3 victory against Finland as the two sides traded points early on before the eventual victors found their form.

Finland were the only other team to win their first two matches as they ousted China 5-2, before they narrowly beat Switzerland 6-5.