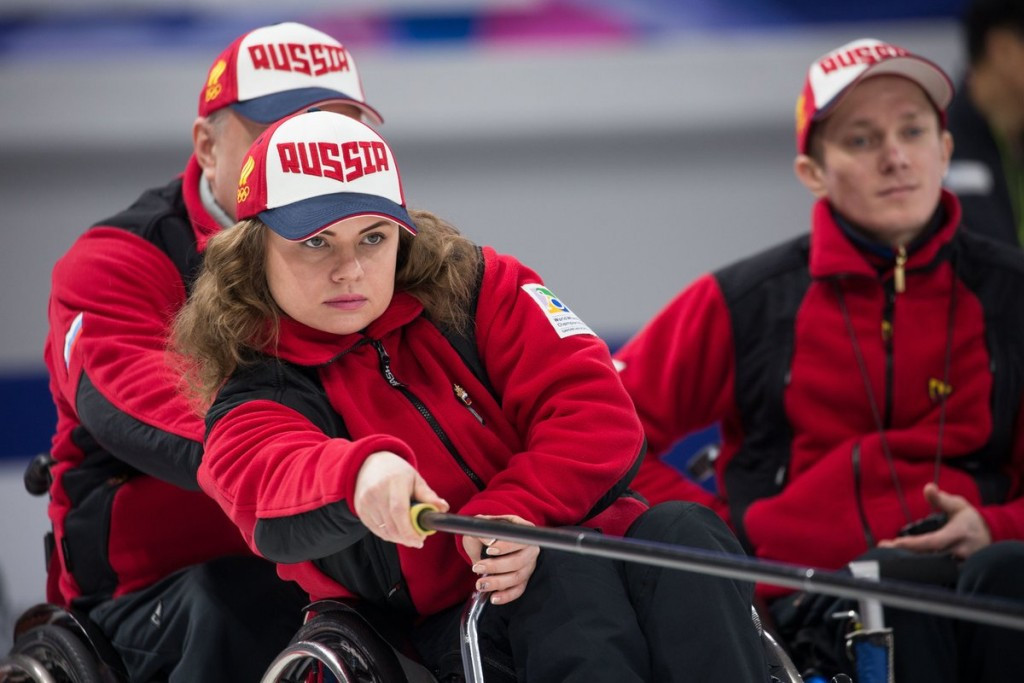 Defending champions Russia preserved their 100 per cent record at the World Wheelchair Curling Championships as they battled to a 7-6 win over the United States on the second day of the event at the Gangneung Curling Centre in South Korea.

The Russians looked to be heading for their first defeat at the competition, which is doubling up as a test event for the 2018 Winter Paralympic Games in Pyeongchang, as the US had a comfortable 6-3 lead going into the eighth end.

The American side were unable to capitalise, however, and a failed attempt at a take-out left the door open for Russia to steal four points to seal a dramatic 7-6 triumph.

The result handed Russia their third consecutive victory and they remain the only team not to have been beaten so far.

Canada, Finland, Norway and Scotland are in pursuit of the Russians as they all have a two wins and one loss record after the first three rounds of matches.

Canada suffered a 4-3 reverse at the hands of Switzerland in their opening match of the day before they bounced back to secure a 6-4 win over rivals the US.

"The ice is really, really tremendous but it’s difficult to play from behind," Canadian skip Jim Armstrong said.

"We had the lead and we managed to keep it pretty much the rest of the way.

"These conditions are the best I can recall for the past five years.

"As long as you believe you’re going to be fine out there.

"Last year was an aberration, I’ve never experienced it.

"So, we are back on track this year and hopefully we will keep it rolling."

South Korea were unable to harness the energy of the home crowd as they lost both of their matches today, succumbing to a 7-5 loss to Germany and a 6-5 defeat to Norway.

The event is due to continue tomorrow with more round robin play.