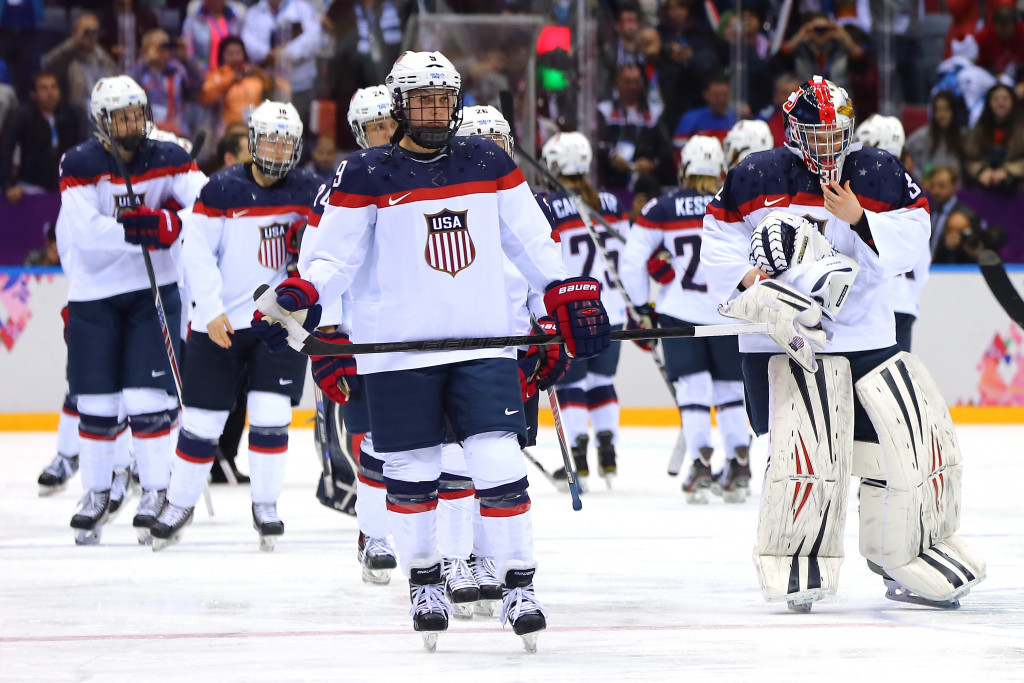 Progress appears to have been made in the dispute over wages between USA Hockey and the women's national ice hockey team, amid threats of a boycott at the upcoming World Championships.

However, no agreement was reached during a meeting held in Philadelphia.

Both parties expressed optimism following the conclusion of the meeting, where "nearly 20" players either attended in person or dialed in by phone.

Talks are set to continue this week and it is hoped the two feuding parties can come to a resolution to ensure the players head to their pre-event training camp in Traverse City tomorrow as planned.

"Today, nearly 20 players from the United States women's national hockey team and their Ballard Spahr lawyers met with USA Hockey to negotiate equitable support and fair wages," a statement from the team read.

"The discussions were productive and will continue this week, with the goal of reaching an agreement that would allow the players to get to camp in time to train for and compete in the World Championship.

"The players are hopeful they will get to take to the ice and represent their country.

"They would like to again thank their fans for their support throughout this process."

The women's team said last week that they would not compete at their home World Championships, due to begin in Plymouth in Michigan on March 31, unless an agreement was reached.

They are attempting to secure wages and support equal to the men's programme.

"Our goal remains to have the players we previously announced as the US women's national team be the group that represents our country at the upcoming 2017 IIHF Women’s World Championship," said USA Hockey in a statement.

Following the ultimatum from the squad, which came last Wednesday (March 15), USA Hockey issued a deadline of 5pm the next day for the players to inform them whether they would go through with the boycott.

The team opted to let that pass without response, before USA Hockey then dismissed suggestions from the players that they were paid only $1,000 (£800/€925) a month for the team's six-month residency for each Olympic Games.

They also claimed they received very little outside of the Games period.

"The total includes requested player compensation, per game payments, travel for a guest to every event and exhibition game, roster bonus, performance bonuses, training stipends and benefits and payroll taxes that would be required under the proposal.

The players then hit back, blasting the statement as "grossly misleading" and containing "patently false" information.

The US team has won the last three titles at the International Ice Hockey Federation (IIHF) World Championships, but could still decline the opportunity to defend their crown.

The tournament at the USA Hockey Arena in Michigan is due to run through to April 7.