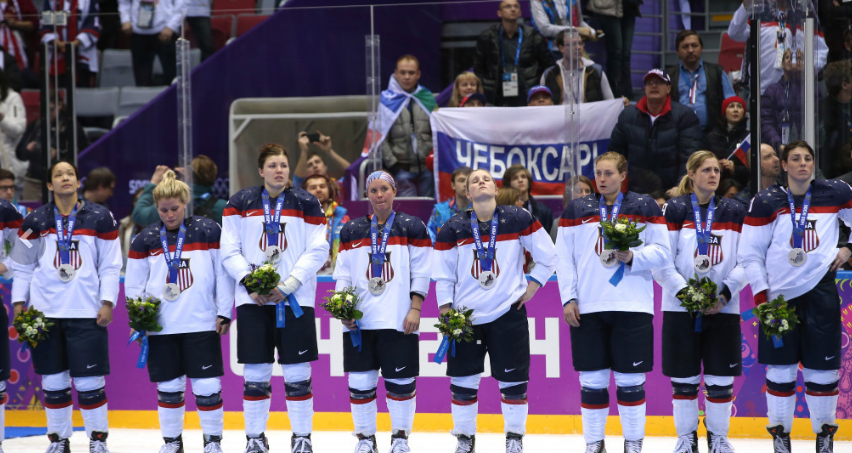 Fourteen Democrat Senators have written to USA Hockey in an attempt to resolve the ongoing dispute with the national women's team.

The side remain at loggerheads with USA Hockey amid an ongoing dispute over wages, which prompted them to threaten not to compete at the International Ice Hockey Federation (IIHF) sanctioned Women's World Championship, being hosted in the country.

They turned down a counter-offer last week, putting their participation at the tournament further into doubt, and USA Hockey have since embarked on a process to ensure they avoid the embarrassment of not fielding a side at their own World Championships.

A Board of Directors meeting took place yesterday but no solution has yet been announced.

The senators said they were "disturbed by reports from the US Women's national hockey team suggesting that USA Hockey is not providing 'equitable support' to female athletes".

"As senators committed to gender equity in all realms of American life, we write to express our serious concern with allegations raised by members of the US Women's National Hockey Team regarding USA Hockey's inequitable allocation of resources to the women's hockey programme and unjust treatment of national team members," they added.

Players are attempting to secure wages and support equal to the men's programme.

This includes seeking a four-year contract that includes payments outside the six-month Olympic period.

It pointed out how they spend $3.5 million (£2.8 million/€3.2 million) to support male athletes through a development programme, but there is no equivalent scheme for women.

United States' women's team have won the past three world titles, and six of the last seven.

However, they have not won a global crown on home ice, losing to Canada each time, most recently in 2012.

The hosts are due to play Canada in the first game of the tournament on Friday (March 31).