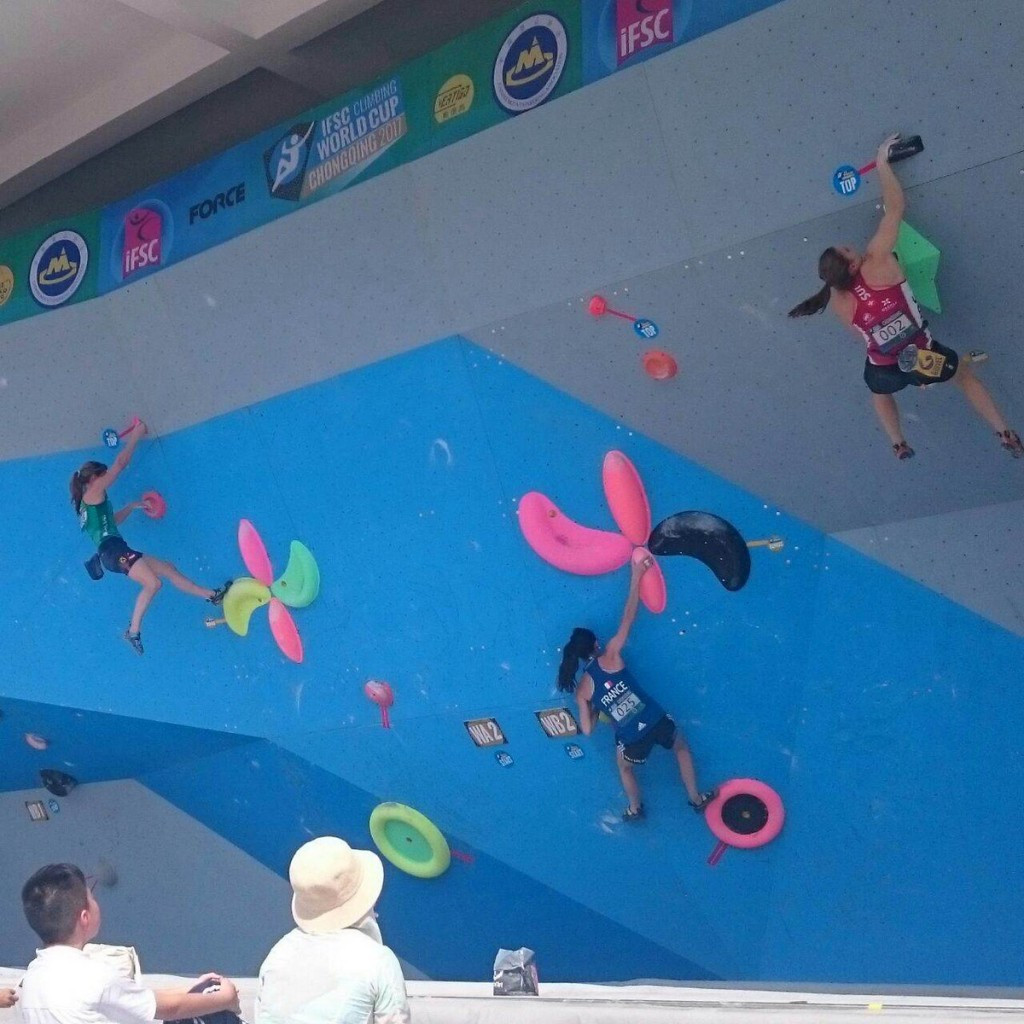 The pair featured in separate bouldering qualifying runs today, with Narasaki setting the standard in the first section of athletes.

He was swiftly followed by South Korea’s Jongwon Chon and Japan’s Tsukuru Hori, who ensured they would feature in tomorrow’s 20-man semi-final.

Rubtsov would then lead the way in the second group of athletes to take to the wall, with the Russian followed by Kai Harada and Kokoro Fujii of Japan.

The competition will run to its conclusion tomorrow.

The women’s standings were led by Slovenia’s Janja Garnbret and Japan’s Miho Nonaka, with the pair winning their separate heats.

It is the second leg of this season’s competition, after Meiringen in Switzerland hosted the opener earlier this month,

Bouldering and speed events will conclude tomorrow on the first of two World Cup events on Chinese soil.

More than 150 athletes are participating in Chongqing, before Nanjing hosts the next stage on April 29 and 30.