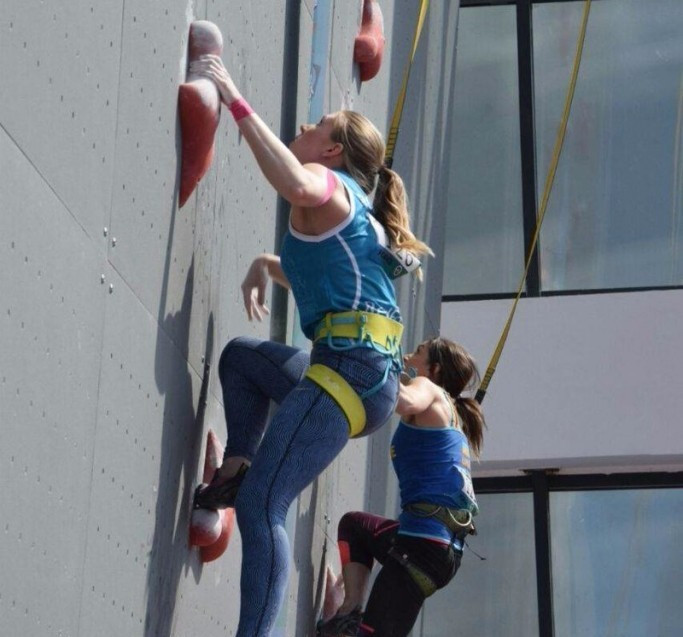 The Russian climber was in fine from throughout the competition at the Huayan Climbing Park, posting the fastest times in both the quarter and semi-finals.

Kaplina’s semi-final time of 7.46sec was enough to set a world record for the event but he still faced a battle to claim gold against compatriot Mariia Krasavina.

Kaplina, though, recorded a time of 7.54 to claim victory in the final, 0.33 seconds ahead of Krasavina.

Anna Tsyganova fell in the small final, ending hopes of a an all-Russia podum, allowing Ukraine’s Alla Marenych taking the bronze medal as a result.

The men’s bouldering title was earned by Jongwon Chon, with the South Korean athlete holding off a strong Japanese challenge in the Southwest Chinese city later today.

Japan’s Keita Watabe and Kai Harada missed out on the podium positions, with the pair ending fourth and fifth respectively.

Slovenia’s Janja Garnbret emerged as the winner of the women’s bouldering competition, having backed up her qualifying performance yesterday.

Garnbret led the standings again in the semi-final to advance to a six woman final, which contained Britain’s Shauna Coxsey.

The Slovenian would fight off the challenge of Coxsey, the defending World Cup champion, to claim victory.

It is the second leg of this season’s competition after Meiringen in Switzerland hosted the opener earlier this month.

More than 150 athletes are participating in Chongqing before Nanjing is due to host the next stage of the World Cup next Saturday and Sunday (April 29 and 30).