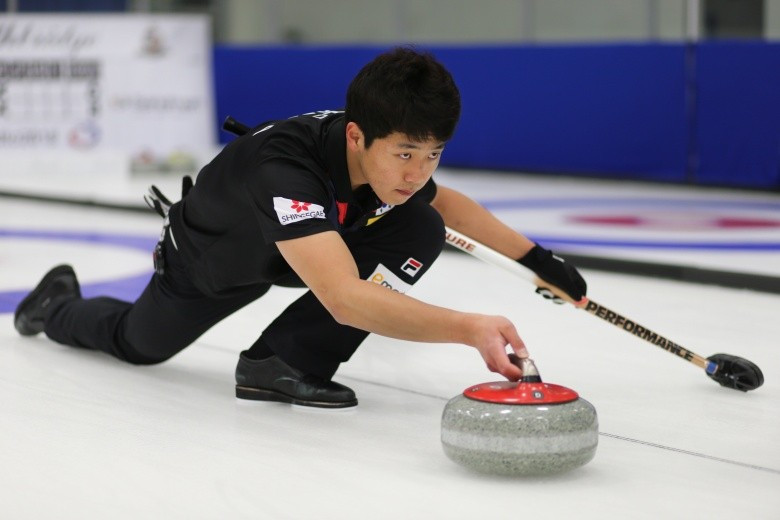 South Korea and Switzerland were among the nations to maintain their unbeaten records on day two of the World Mixed Doubles Curling Championship at the ATB Centre in Lethbridge.

Switzerland’s Martin Rios and Jenny Perret made it three wins out of three in Group E with a 7-5 victory over defending champions Alexander Krushelnitskiy and Anastasia Bryzgalova of Russia.

In Group C, Kijeong Lee and Hyeji Jang of South Korea also moved on to three victories after following up a 6-5 win over Sweden’s Per and Camilla Noreen by defeating Austria’s Christian Roth and Claudia Fischer 7-5.

Latvia are another country holding the same record thanks to wins today against Belarus, 11-4, and Hungary, 6-5, in Group A.

Italy and Scotland both have two wins from two at the top of Group B having claimed 10-3 victories today against Denmark and Bulgaria respectively.

Three nations are tied for the lead in Group D with hosts Canada, Czech Republic and 2016 bronze medallists the United States all with unblemished records from their two outings.

Last year's runners-up China are South Korea's closest challengers in Group C after they made it two wins out of two with a 13-2 success at the expense of Israel.

Finland also hold a 100 per cent record from their two encounters in Group A after beating Estonia 8-6 today.

The full list of teams due to compete at the Pyeongchang 2018 Winter Olympic Games, where mixed doubles curling is making its debut on the programme, will be known after the conclusion of the event in Alberta.

A total of 16 teams, spread across eight countries, are set to participate at the Winter Olympics in the South Korean resort.

The seven Member Associations with the most points from 2016 and 2017 will gain qualification to the Games and join hosts South Korea, who are guaranteed a place in the mixed doubles curling event.

Round-robin action in Lethbridge is due to continue tomorrow.