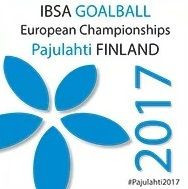 Reigning men's Paralympic champions Lithuania will begin their quest for continental gold with a clash against Slovenia at the European Championships in Lahti in Finland.

The Lithuanians, who won the Rio 2016 tournament in September after beating the United States 14-8 in the final, have been placed in Pool B with competition taking place at the Pajulahti Sports Institute.

They will also face hosts Finland, the London 2012 Paralympic champions, as well as Belgium and Sweden.

Finland will begin their campaign against the Belgians.

In Pool A, Germany, Turkey, Britain, Ukraine and the Czech Republic will collide.

Four teams from each five-team group will make it through to the quarter-finals.

Finland's Erkki Miinala said: "All five teams in our pool have gone through some changes, which is normal the year after the Paralympics.

"Lithuania is the big favourite, but they are definitely not invincible."

In the women's tournament, Rio 2016 Paralympic champions Turkey will begin as favourites after their victory over China in the Brazilian city.

They have been placed in Pool X and will meet Sweden in their first match.

Israel, Britain and Germany will also play in the pool.

In Pool Y, Russia, Ukraine, Denmark, Finland and Greece will battle for a place in the last eight.

The tournament, organised by the International Blind Sports Federation (IBSA), will take place between September 18 and 22 this year.

The full schedule can be found here.