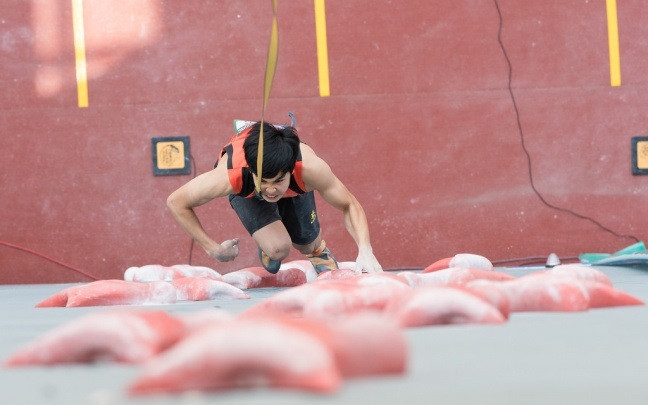 Nanjing is poised to stage the third event of the International Federation of Sport Climbing (IFSC) World Cup, completing back-to-back competitions in China.

Two-days of action will begin tomorrow and end on Sunday (April 30), coming fresh from last weekend’s competition in Chongqing.

Leading climbers will be looking to boost their rankings in speed and bouldering, with proceedings getting underway with qualification tomorrow.

Sport climbing was part of the Sports Lab at the Nanjing 2014 Youth Olympic Games, with its inclusion promoting the sport to the public and International Olympic Committee (IOC).

The inclusion aided the sport's efforts to be included on the Olympic programme and achieved the feat last year, when the IOC Session confirmed the sport climbing for Tokyo 2020.

The World Cup will be the second consecutive event to be live streamed on the IFSC’s YouTube channel.

Coverage will be available on the IFSC homepage on April 30, when the semi-finals and finals will take place.

The IFSC have hailed the successful live streaming of the Chongqing event, which marked the first time they had provided the service from an event in China.