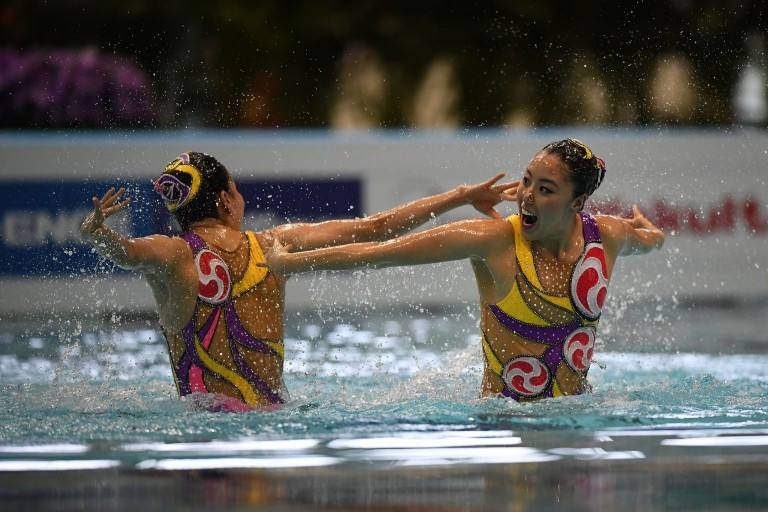 It completed a dominant weekend for the Japanese at the Tatsumi International Swimming Center, with their supremacy broken only by Spain's Ona Carbonell in Friday's (April 28) solo competition.

Yukiko Inui, a duet bronze medallist at Rio 2016 alongside Risako Mitsui, teamed up with Mai Nakamura in yesterday's technical stage with the pair scoring 90.4721 and earning a 2.1271 point lead over Canada's Jacqueline Simoneau and Karine Thomas.

Kanami Nakamaki replaced Nakamura as Inui's partner in today's free leg with the pair going on to score 92.6333, which gave Japan a winning duet total of 183.1054.

"The team came here to win and we thought we needed to show what we are aiming for leading to the FINA World Championships in July," said Nakamura.

"This is our home country, so we wanted to show fans what we are capable of."

Evangelia Papazoglou and Evangelia Platanioti of Greece finished in third place with a total of 173.6279.

In the team event Japan, the bronze medallists at Rio 2016, went into the free with a commanding lead after Friday's technical routine where they scored 91.5684.

Yesterday the Japanese team also took the free combination gold while Atsushi Abe and Yumi Adachi claimed the mixed duet honours by virtue of being the only entrants.

This is the third stop on the seven-leg FINA Synchronised Swimming World Series, which now moves on to Toronto in Canada from Tuesday (May 2).