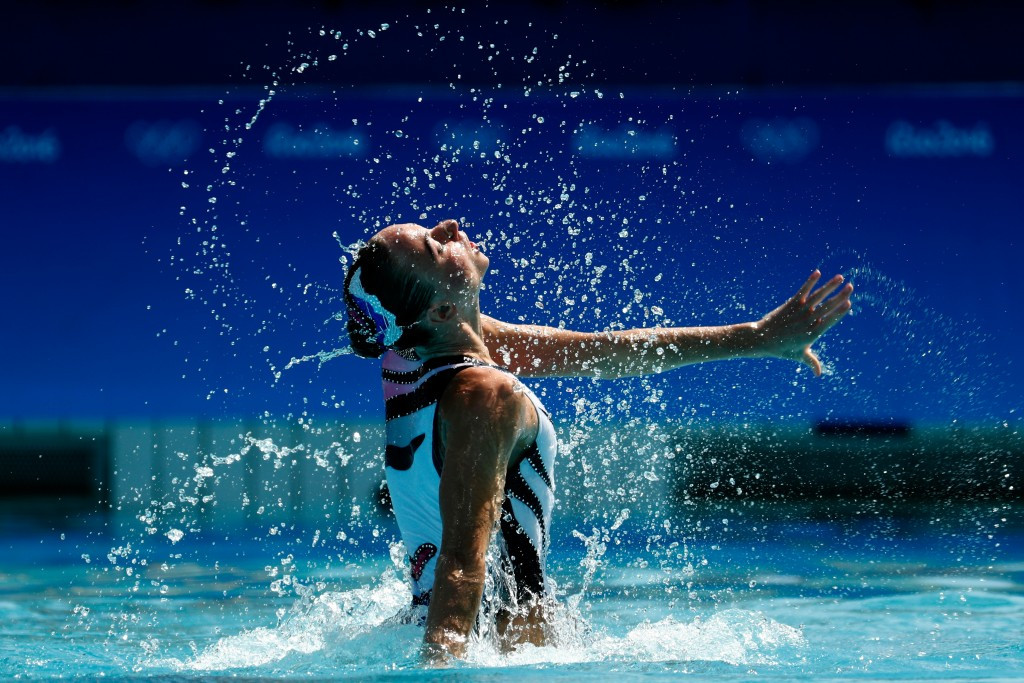 The home crowd were hopeful Jacqueline Simoneau could finish top of the podium in the solo technical routine in the Toronto Pan Am Sports Centre.

A close contest with Voloshyna would eventually go in favour of the Ukrainian swimmer, with less than one point separating the two swimmers.

Voloshyna, a silver medal in the discipline at last year’s European Championships, achieved a score of 90.8138 points.

It pushed Simoneau into second place, with the Canadian being awarded a total of 89.9691.

“In France the routine was still quite new for me and so it was about giving me a chance to get the judges’ feedback and see if there were points that we could improve,” said Simoneau.

“Then in Japan it felt more like my routine, and I executed my elements a lot better.

“Competing here, less than a week later, I was really able to step it up.

“I corrected a few little mistakes that I made in Japan, but I felt like I really owned it.”

The podium was completed by Colombia’s Daniela Dominguez Daza, who scored 73.1515.

Ukraine were the sole competitors in the team highlight competition, with their squad achieving a score of 90.5 for their routine.

The fourth stage of the World Series is being held in conjunction with the Canadian Open.

The World Series event will draw to a close on Saturday (May 6).