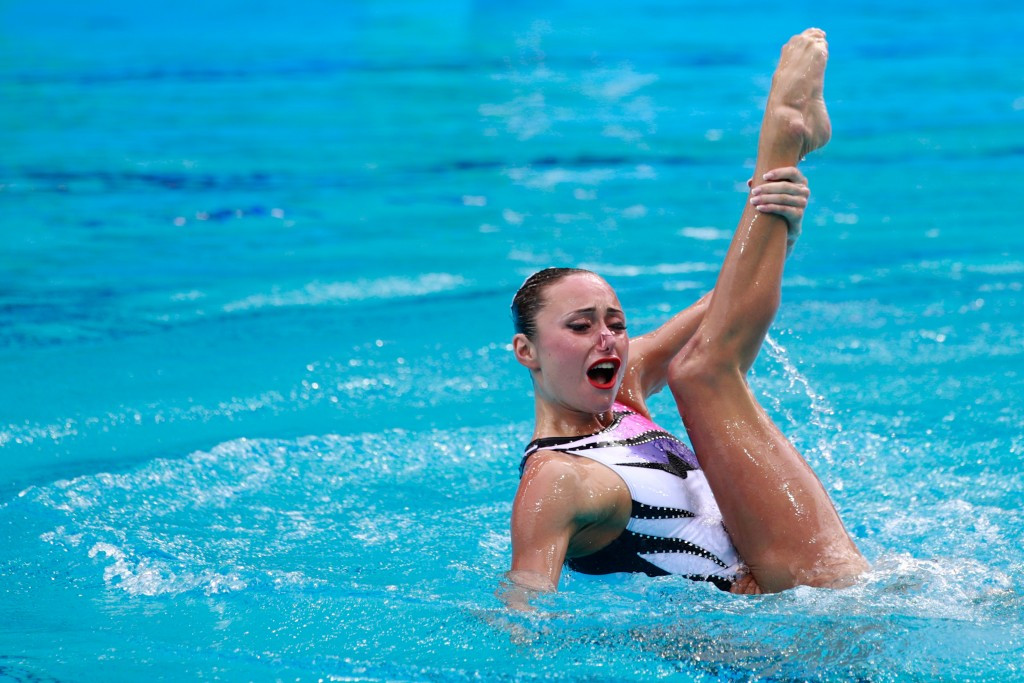 Voloshyna starred on the first day of action by winning the solo technical routine in the Toronto Pan Am Sports Centre, narrowly finishing in front of Canada’s Jacqueline Simoneau.

The pair went head-to-head again for solo free success on the second day, with another close battle ensuing after two impressive routines.

But it was Voloshyna who edged her rival again, with the European Championship silver medallist ending with a score of 92.3000 points.

The Ukrainian ended 0.7 in front of Simoneau, who won the silver medal by finishing with 91.6000.

Colombia’s Daniela Domingue Daza rounded off the podium by scoring 74.7667.

Voloshyna then clinched her third gold medal of the meet by achieving a score of 91.2005 in the duet technical final with Yelyzaveta Yakhno.

Karine Thomas and Simoneau were second on 89.9732, while the second Canadian pairing of Gabriella Brisson and Claudia Holzner won bronze with 86.7477.

Ukraine would continue to prevent Canada from claiming gold, as the European nation were triumphant in the team technical routine.

Their team achieved a score of 90.5914 to win the event, while a Canadian squad which were suffering with injuries came second with 87.3525.

The mixed duet event only featured the Canadian pairing of Isabelle Blanchet-Rampling and Robert Prevost.

The fourth stage of the World Series is being held in conjunction with the Canadian Open.

The World Series event will draw to a close on Saturday (May 6).

TOP STORY: Qualifiers for FIBA continental competitions to be played in bubbles