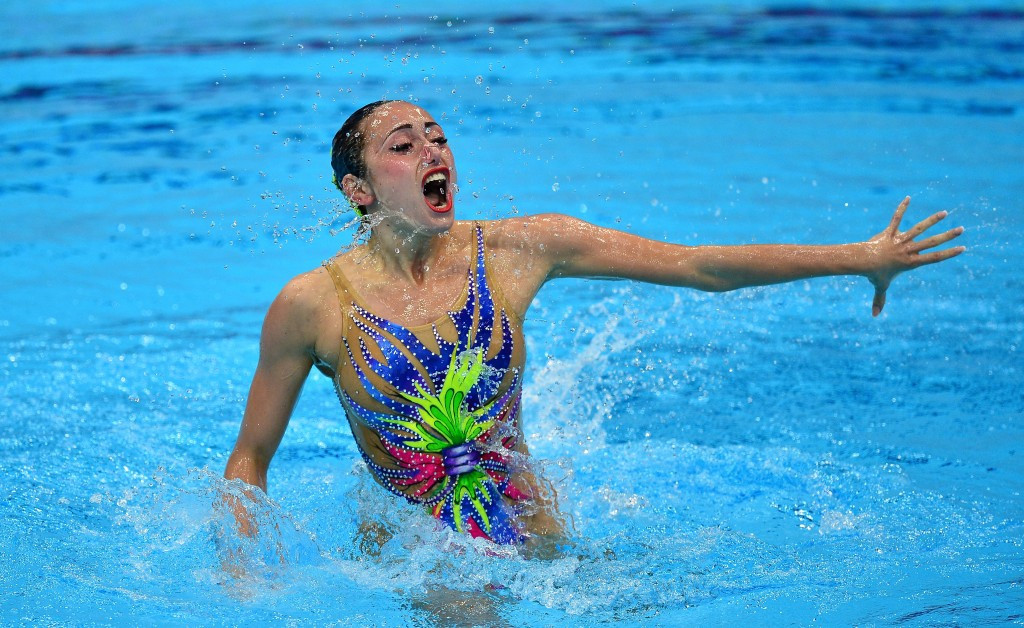 The Ukrainian topped the podium alongside Yelyzaveta Yakhno in the senior duet free final at the Toronto Pan Am Sports Centre with a score of 91.9667 points.

This put them ahead of Canadians Jacqueline Simoneau and Karine Thomas, who finished 1.5667 behind their rivals in front of a home crowd.

Another duo from Canada came third as Gabriella Brisson and Claudia Holzner scored 87.5667, but as competition rules stipulate only one entry per country can win a medal, the bronze went to Eva Morris and Jazz Thomas of New Zealand.

Speaking after her latest victory, Voloshyna said she and Yakhno think there are still improvements they could make to the routine.

"This is a new duet for us and this is the first we have performed it in competition," she said.

"So we will have to look back [on video] and see how it went."

Voloshyna was also part of the Ukrainian team who topped the preliminary stage of the free combination competition.

Gold in the mixed duet free final was won by Canada's Isabelle Blanchet-Rampling and Robert Prévost, the only pair to enter.

The event is being held in conjunction with the Canadian Open and will finish tomorrow.