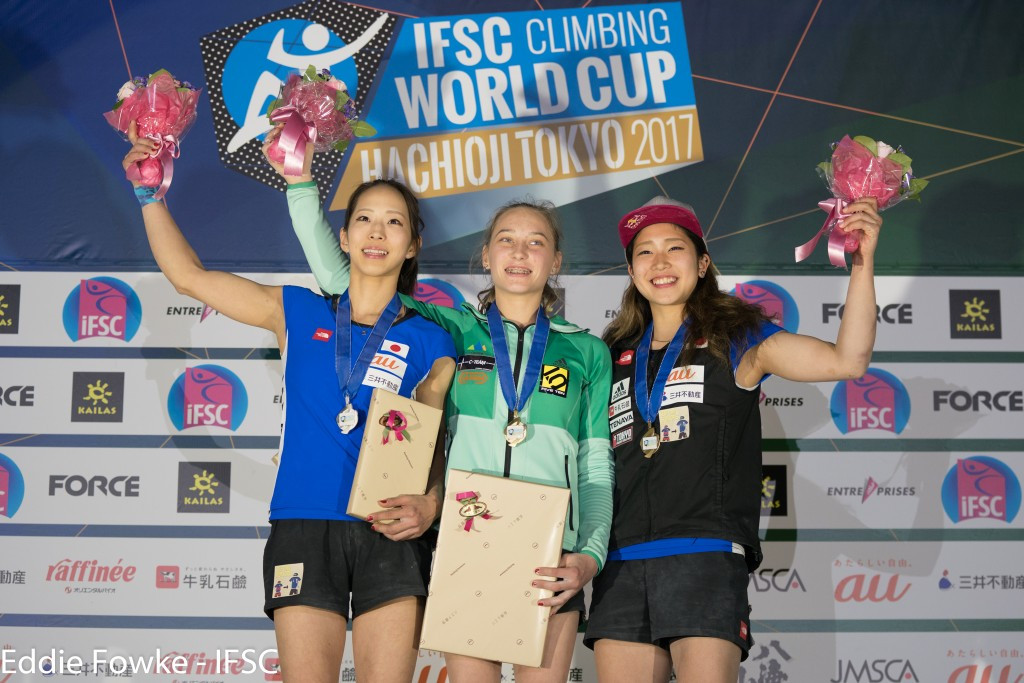 Janja Garnbret of Slovenia secured her second International Federation of Sport Climbing (IFSC) Bouldering World Cup victory of the season with another superb performance in Tokyo.

The 18-year-old proved too strong for the rest of the field, sealing a confident win in the dying stages of the women's final at the Esforta Arena Hachioji.

Garnbret topped the podium in front of Japanese duo Akiyo Noguchi, who pushed the Slovenian all the way before eventually falling short, and Miho Nonaka.

Noguchi was forced to settle for silver, while Nonaka held on for bronze as the Japanese climbers delivered podium success for the expectant home crowd.

Garnbret had qualified in third place yesterday but found her form when it mattered.

The Slovenian star was the last to climb and needed a top in five attempts or less to win gold and she took her opportunity with aplomb.

In the men's event, Russian Aleksei Rubtsov fought off the challenge of two Japanese climbers to ensure he left Tokyo, where sport climbing is due to make its Olympic debut at the 2020 Games, with the gold medal.

Much like Ganbret in the women's final, Rubtsov did not have it all his own way as Tomoa Narasaki and Keita Watabe gave him a stern test throughout.

The Russian eventually emerged victorious as he needed a top in three attempts or less to overtake Watabe, the current overall leader.

Rubtsov was able to do exactly that to deny Narasaki victory in front of his own supporters.

Sport climbing was added to the Tokyo 2020 Olympic programme in August of last year along with four other sports - baseball/softball, karate, skateboarding and surfing.