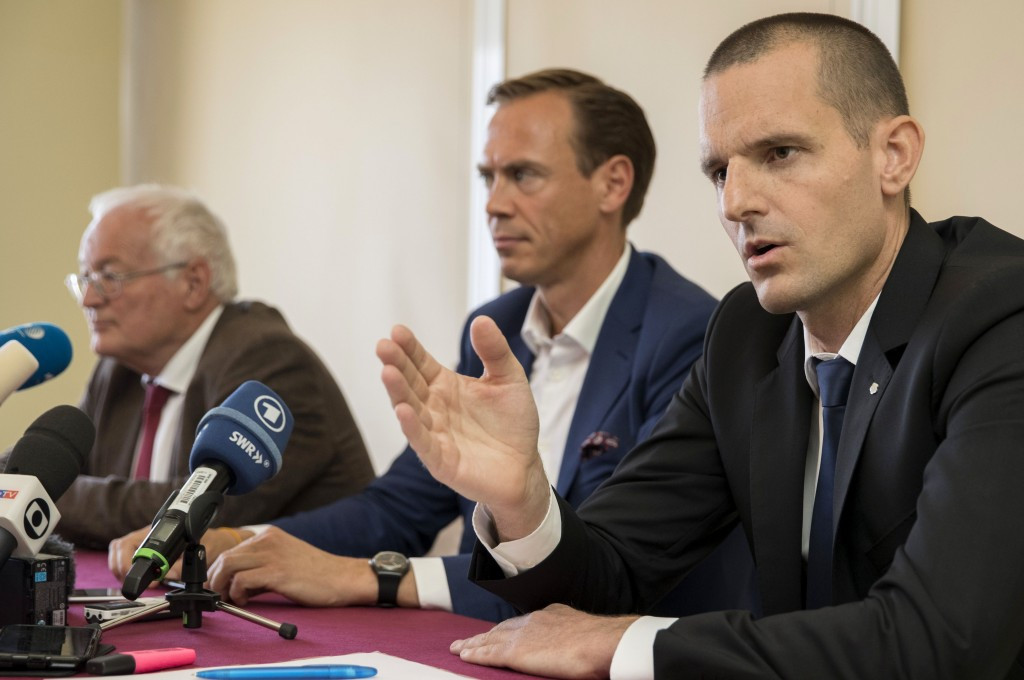 Borbély, who chaired the Investigatory Chamber, and Hans-Joachim Eckert, the head of the Adjudicatory Chamber, did not have their mandates renewed by the FIFA Council during a meeting yesterday.

Colombia's Maria Claudia Rojas is set to take over from the Swiss, while German judge Eckert will be replaced by Vassilios Skouris of Greece.

Their appointments are likely to be rubber-stamped by the FIFA Congress tomorrow.

"Several hundred cases are still pending and ongoing at this moment," Borbély said.

"There is no period of transition.

"FIFA will suffer because of this and the Code of Ethics is a dead letter.

"Imagine where FIFA would be today without an Ethics Committee.”

Borbély has led the Investigatory Chamber of the Ethics Committee since 2014 having stepped in for Michael Garcia, who quit in protest over the handling of his report into the 2018 and 2022 World Cup bid processes.

Eckert, who was involved in Infantino's case last year regarding questionable expense claims for private jet trips, which was later thrown out, had served as the ethics judge since 2012 and was also hoping to secure another four-year mandate.

The Swiss also claimed the Council's decision to remove them from their positions, seen as vital in the battle against corruption within FIFA, meant there would be a delay in sanctioning officials who are involved in wrongdoing.

Eckert claimed there was "no communication" from FIFA that their respective tenures were about to end before adding that they only found out via the media after arriving in Bahrain.

"Our mandate ends, but the most important investigators and judges are out," said Borbély.

"All of these guys are gone and it is a huge setback for the reform process.

"Until yesterday, the work of the chambers worked very well, with huge output and high quality.

"Until yesterday, everything was fine."

The mandates for the two officials - who have banned numerous high-ranking officials in recent years, including disgraced former President Sepp Blatter and ex-secretary general Jérôme Valcke - are officially due to come an end tomorrow at the Congress, but Borbély says they will "work to the very end".

In response, FIFA vice-president Victor Montagliani, the President of the Confederation of North, Central American and Caribbean Association Football, dismissed the suggestion from the two officials that their departure signalled the end of the reform process.

Montagliani, a member of the FIFA Council, who were ultimately responsible for the decision, told insidethegames their replacements were "of the highest quality" and rejected claims that the move was "politically motivated".

"I know they are disappointed and as individuals they have a right to be disappointed," he said following CONCACAF's Extraordinary Congress.

"The statement that the reforms are over, I don’t see that.

"FIFA or any organisation has the right to change heads of committees and they were there for four years.

"They did a lot of good work and hard work and it is fair enough that they are disappointed.

"The people that we have replaced them with are not exactly mincemeat – their replacements are very high quality.

"From a resume standpoint, perhaps even higher quality to what was there in the past.

"I think it is good for the organisation to do that.

"If they were replaced by people of low quality, or someone that wasn’t independent, then that would be a bit shady.

"I think that removes any notion that it was politically motivated."

Rojas is a Colombian lawyer, while Skouris was president of the European Court of Justice in Luxembourg for 12 years until 2015.

They are set to be the key appointments made at the Congress as FIFA prepares to adopt sweeping changes to its various committees.

In a statement, which did not mention Borbély or Eckert deliberately and was sent almost 24 hours after the Council finished its meeting, FIFA said: "The proposed list of candidates for the Audit and Compliance Committee, the Governance Committee and the judicial bodies was agreed to following a thorough consultation process involving FIFA and the six confederations.

"The decision on the final list of candidates was then agreed to unanimously by the FIFA Council.

"These individuals have been chosen because they are recognised, high-profile experts in their respective fields.

"Moreover, they better reflect the geographic and gender diversity that must be a part of an international organisation like FIFA."

"It is unclear why these twelve individuals have changed over all at once," he said.

"The concern is that it is a purge for reasons of self-interest from the FIFA President, Gianni Infantino.

"The decisions of the Council and so many actions of Mr Infantino’s administration are no more trustworthy than his predecessors."