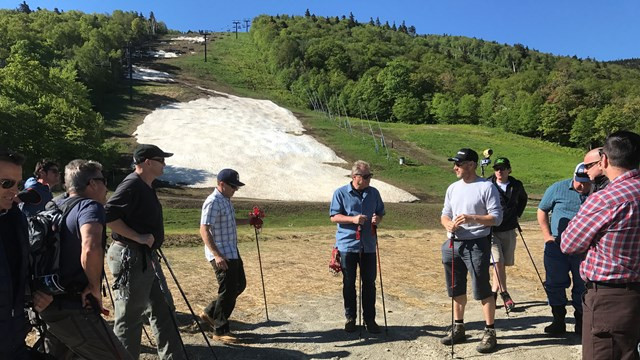 International Ski Federation (FIS) officials have conducted a site inspection at the Killington Resort which will continue to host World Cup competition.

The Vermont venue staged women’s technical competitions last season, with the meeting looking ahead to the next two years of racing.

Officials from the US Ski and Snowboard Association joined the FIS delegation, with Killington representatives also present.

Herwig Demschar, chair of the Killington World Cup, claimed there will be improvements before the event in November.

“What you see compared to last year is I think people are really confident about their roles now,” said Demschar.

"But being confident doesn’t mean that we are going to grow complacent.

“Anything we can do better we want to do better, and it’s great to work with a team like this.

“It’s humbling for me, and it’s really fun.”

Giant slalom and slalom race starts are set to be moved further up the hill, which result in run times being made longer.

The slalom course will include additional turns at the start, compared to the number in 2016.

Organisers believe they have improved snowmaking capabilities, which they claim will provide better conditions in the Autumn.

As a result, they hope teams will arrive in advance of the ladies giant slalom and slalom races.

The event is scheduled to take place from November 25 to 26.