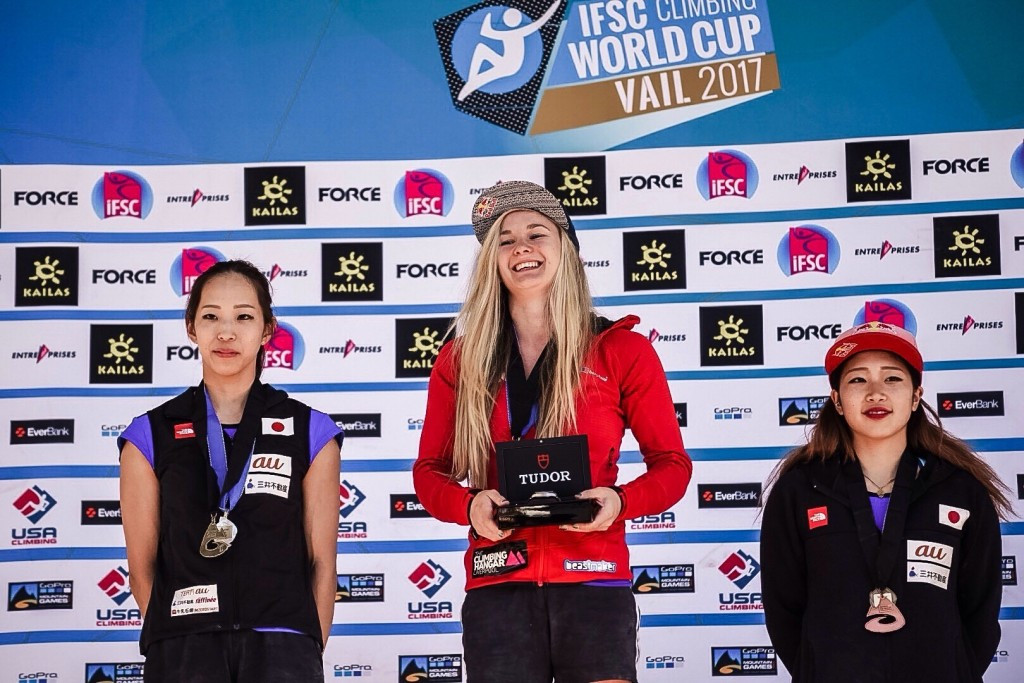 Coxsey finished third in the A-section qualification yesterday behind Slovenia’s Janja Garnbret and Alex Puccio of the United States at the outdoor competition venue at the base of the Vista Bahn gondola in the heart of Mountain Plaza.

However, the Briton strengthened her lead atop the Bouldering World Cup rankings with victory in today's final.

Despite her excellent performance in qualification, Garnbret could only manage seventh in the final while Puccio finished fourth for the hosts.

Following her victory, Coxsey now holds a 65 point lead at the top of the discipline's World Cup rankings on 435.

South Korea's Jongwon Chon was victorious in the men's event.

Chon continues to close in on Watabe with the gap now just six points.

Watabe is on 332 with his Korean rival on 226 and Russia's Aleksei Rubtsov, who took fourth place in Vail today, in third on 307.

Sport climbing was added last August to the Olympic programme at Tokyo 2020 along with four other sports - baseball/softball, karate, skateboarding and surfing.