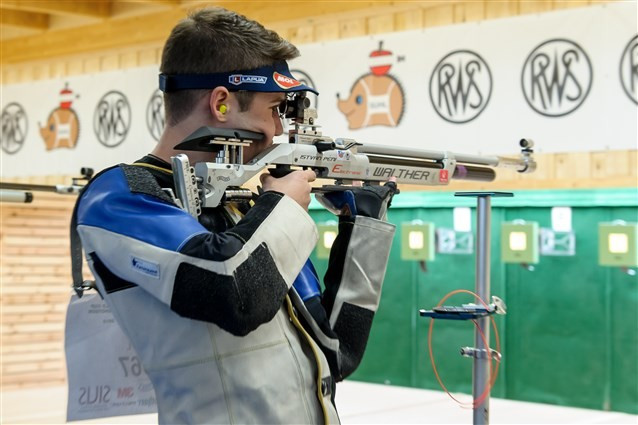 Action at the Junior World Championships in the rifle and pistol events begins tomorrow, with finals scheduled to be held at the Schießsportzentrum in Suhl-Friedberg.

Suhl will simultaneously host the first edition of the Target Sprint World Championship, also due to start tomorrow.

Events at the target sprint competition will take place at the Platz der Deutschen Einheit.

More than 500 shooters, representing 65 countries have registered to compete at the junior event, with the first gold medal due to be awarded in the 50 metre rifle prone men tomorrow.

It will be the fourth consecutive year that Suhl has hosted a junior ISSF competition after the city staged the Junior Cup in 2014 and 2015, and the Junior World Cup in 2016.

István Péni of Hungary recent claimed success at the Junior World Championships was the main aim for him this season, despite earning his maiden World Cup gold medal in Gabala earlier this month.

"It’s my last season as a junior shooter and I want to be remarkable," the 20-year-old said.

The target sprint discipline was first introduced in 2013.

It combines middle-distance running and air rifle shooting, which the ISSF claim has allowed it to attract athletes from different sports such as track and field and biathlon.

There are seven medal events are on the programme for the World Championship.

A total of 78 athletes from 10 countries are due to take part at the event, scheduled to finish on Monday (June 26).