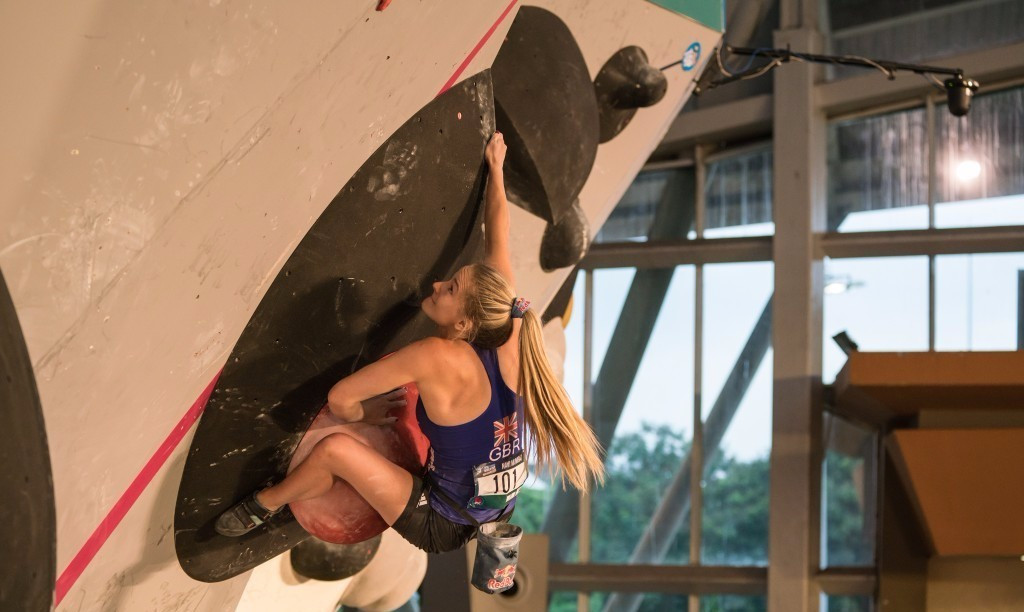 Britain's Shauna Coxsey retained her International Federation of Sport Climbing (IFSC) Bouldering World Cup title as she won the sixth and penultimate event of the season in Navi Mumbai.

With Slovenia's Janja Garnbret not competing this weekend, 24-year-old Coxsey only needed to match or better her 2016 Mumbai placing of ninth - her worst of last season - to secure a second title.

But after mastering four of the five boulders in qualifying, she left nothing in doubt as she came through as top climber in this morning's semi-finals before winning the final.

"This weekend has gone so much better than I could have hoped," Coxsey said.

"To win this event and the overall title is amazing.

"It's an incredible crowd as well - they’re so psyched."

Despite downpours outside, spectators at the CIDCO Exhibition Centre witnessed a spectacular display of climbing.

They were the only three to master the first challenge, with Nonako and then Coxsey mastering the second.

All three managed the third boulder, along with Austria's Petra Klinger, whose right knee was heavily bandaged.

The fourth problem was so challenging that only one climber made it to the top - Coxsey.

The Briton has earned her title again, but the other placings are still to be decided at the seventh and final IFSC World Cup event in Munich from August 18 to 19.

Chon, Russia's Aleksei Rubtsov and Rei Sugimoto of Japan were the three top men, with Chon being the only competitor to master the fourth boulder.

He now leads the overall men's rankings for this season with 426.00 points, ahead of Rubtsov and Japan's Keita Watabe, who both have 372.00.

"I will still train hard before Munich and I will try hard there," said Chon.