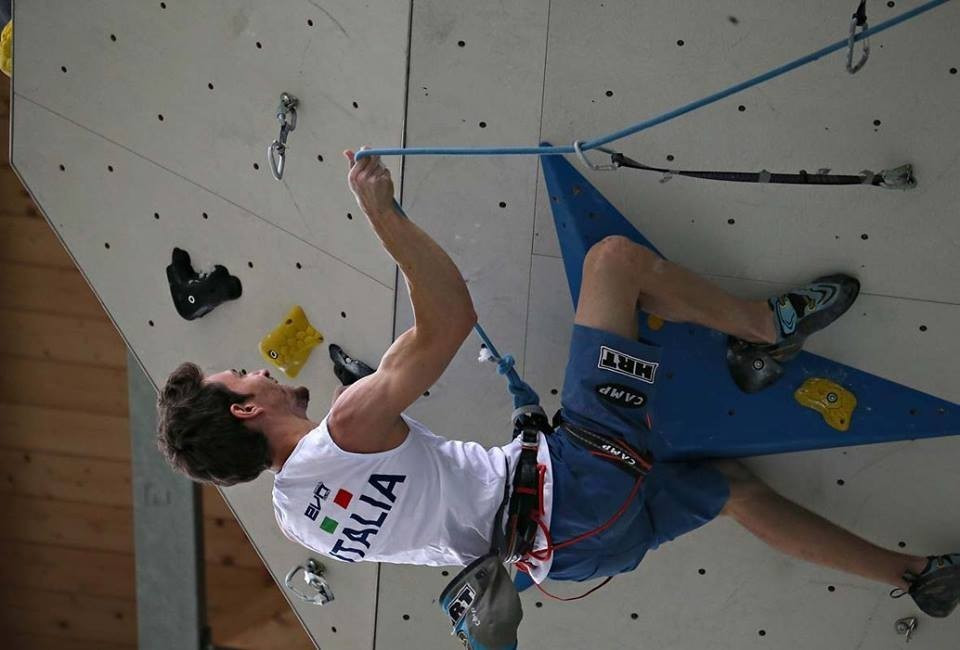 Home climber Stefano Ghisolfi put himself in a strong position to challenge for the European Climbing Championships Lead title at Campitello di Fasso in Italy as he qualified third for tomorrow’s semi-finals.

The qualification competition was won by France’s Romain Desgranges, who was the only athlete to top out on both routes, with second place going to Domen Skofic of Slovenia, the World Cup winner.

Skofic, like Ghisolfi, succeeded on route one and fell two holds higher on the second.

Other Italian climbers who were among the 26 semi-final qualifiers were Michael Piccolruaz, Marcello Bombardi, Filip Schenk and Francesco Vettorata.

In the women’s event, Slovenia’s 18-year-old Janja Garnbret, the sport’s rising star, placed provisionally first – the only one of the 59 athletes competing who mastered both tops.