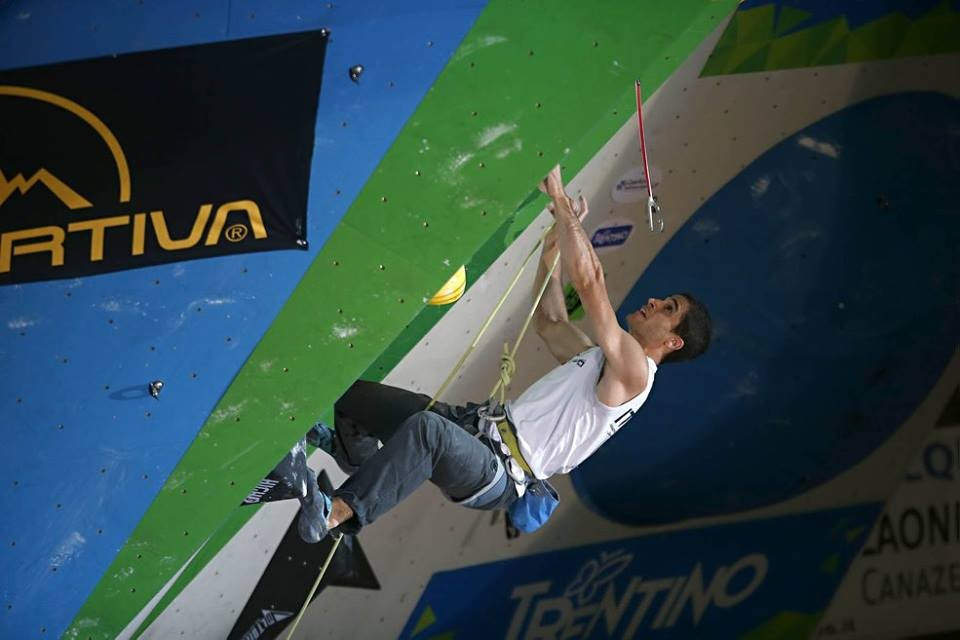 He mastered the ADEL wall ahead of world champion Adam Ondra of the Czech Republic and Austria’s Jakob Schubert.

Despite the showmanlike flourishes of the 24-year-old Ondra, Desgranges made his greater experience pay.

“Winning is always great, but doing it against a world champion like Adam Ondra makes you understand that you are the best climber there,” said Desgranges.

In a huge downpour the previous evening, reigning world champion Marcin Dzienski of Poland won the European speed title as he raced to victory in 5.96sec ahead of Ukraine's Danyl Boldyrev, who lost his rhythm and stopped the clock at 6.54.

In the women’s speed competition, nine of the final 16 were Russian climbers, and four of them – Iulia Kaplina, Elena Remizova, Marija Krasavina and Anna Tysganova – reached the semi-finals.

Kaplina was the final victor, defeating Tysganova with a time of 7.96sec.

Remizova took bronze after defeating Krasavina in the small final.