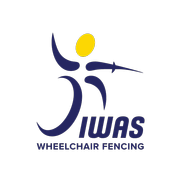 Brazilian wheelchair fencer Monica Da Silva Santos has been handed a nine-month suspension after she was found guilty of committing an anti-doping violation.

The sanction, imposed by the International Wheelchair and Amputee Sports Federation (IWAS) Anti-Doping Hearing Panel, has resulted from an Adverse Analytical Finding in a sample provide by the South American.

The positive test was taken at the IWAS Wheelchair Fencing Regional Championships on May 26 of last year in the Brazilian city of São Paulo.

It contained Furosemide, a substance included in the 2016 World Anti-Doping Agency Prohibited List and therefore banned under the IWAS Anti-Doping Code.

This substance categorised under S5 Diuretics and Masking Agents, is strictly prohibited in and out of competition.

As a result, Da Silver Santos is ineligible from competition for nine months from October 19, 2016 which was the date the Brazilian was provisionally suspended.

The 34-year-old will be eligible once again on July 19.

She finished sixth in both the team épée and foil competitions.

Individually, she finished in 12th place in the individual foil A competition.