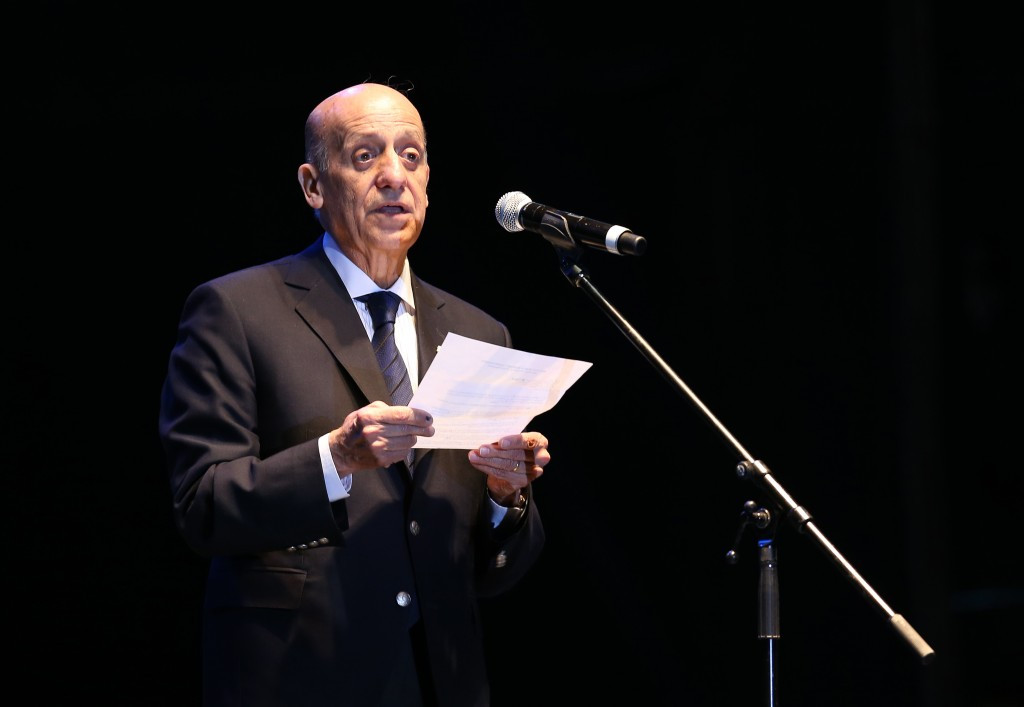 Julio Maglione is the overwhelming favourite to be elected for a third term as President of the International Swimming Federation (FINA) at an Electoral Congress here tomorrow.

The 81-year-old Uruguayan, first elected to replace Mustapha Larfaoui in 2009, was only permitted to stand again after FINA extended term limits in 2015 and changed a statute requiring that all members of its ruling Bureau must be under 80.

He is facing sole opposition from Italian Senator Paolo Barelli.

Barelli, 63, the President of the European Swimming Federation (LEN), has run an aggressive campaign during which he has fiercely criticised Maglione and his allies for governance problems and a supposed failure to channel the sport's finances throughout all Federations.

He is still considered a rank outsider, however, having seemingly failed to gain much support outside his European heartlands.

It is expected that 176 voting Federations will attend the Congress here tomorrow, with each holding two votes.

A majority of around 177 is therefore required for the winning candidate.

LEN has 52 members, so 104 votes, but even here Barelli's support is thought to be not overwhelming.

Key nations like The Netherlands and Russia, as well as their allies, are expected to vote against him.

The other continental bodies from Africa, Americas, Asia and Oceania are expected to be strongly support Maglione.

Iran is one exception after the Islamic Republic's National Federation President Mohsen Rezvani rejected claims made by FINA first vice-president Husain Al-Musallam about his role in the release of a tape allegedly showing the latter asking for a cut in sponsorship deals.

Al-Musallam rejected these claims, made in reports published in The Times and Der Spiegel magazine, and told insidethegames that he was only referring to commission for the OCA rather than for him personally.

He accused Rezvani of having repeatedly asked Al-Musallam to meet with the Iranian Secret Police, who had obtained the tape after it was supposedly stolen from the OCA by a former employee.

Some observers believe that Barelli, knowing he has little chance of being elected President, may now be targeting the position of first vice-president.

As the LEN President, he is already set to be confirmed as one of five ordinary vice-president positions.

Al-Musallam is not President of the Asian Swimming Federation (AASF) but represents them at FINA in place of fellow Kuwaiti Sheikh Khalid Mohammed Al-Bader Al-Sabah.

Barelli has unsuccessfully challenged both Al-Musallam and Neuburger to the Court of Arbitration for Sport over alleged interference in last year's elections for LEN, where he beat Dutchman Erik van Heijningen by 50 votes to retain his position as President.

Barelli had alleged that Al-Musallam had tried to get voters to back van Heijningen.

He also claimed that Neuburger, a director of Lausanne-based TSE Consulting, who work for the world governing body, should not have been involved in van Heijningen's campaign as it was a conflict of interest.

Given the hostile nature of campaigning so far, it is possible that Barelli will increase his attacks on rival candidates tomorrow.

Others hope that the election will focus on aquatics-related issues rather than politics.

It is possible, though, that developments in recent days may have helped boost some support for the Italian.

Elections are also due to take place tomorrow for vacant positions on the FINA Bureau.

The two most interesting battles look set to be for vacant positions for European and Asian at-large representatives.

Each continental body proposes favoured candidates but it is the wider FINA membership who vote.

Both van Heijningen and Russian Swimming Federation President Vladimir Salnikov are standing for re-election to the FINA Bureau, despite failing to be nominated by LEN.

AASF-backed Zhou Jilong of China and Taha Al-Kishry of Oman are set to be challenged for two Asian Bureau positions by Iran's Rezvani.

The Congress is scheduled start at 9am local time tomorrow at the Intercontinental Hotel in the Hungarian capital.

Media will not be allowed inside the room but will be able to watch proceedings as they happen via video link.