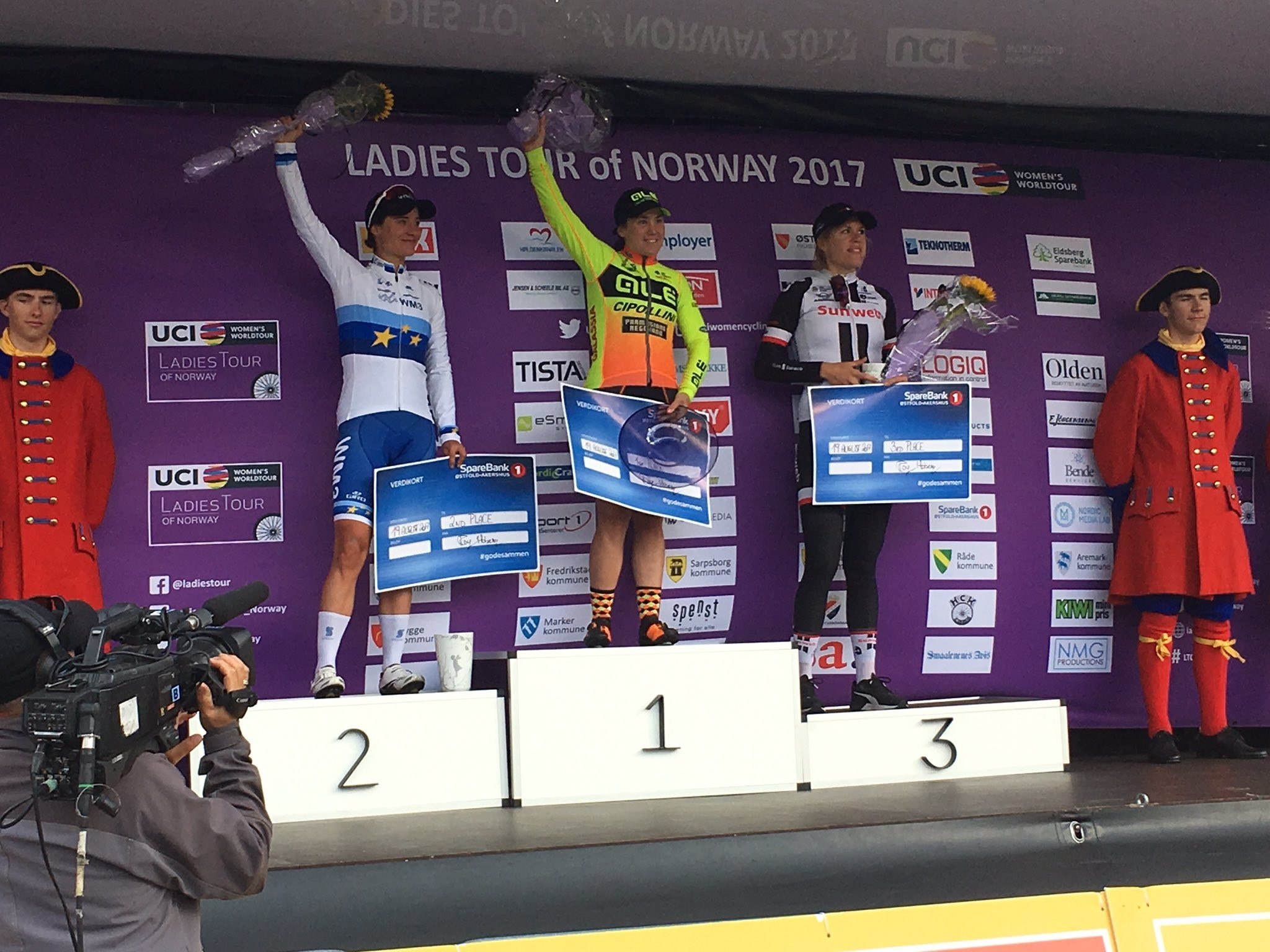 This included a 7.4km lap loop in the latter location before the finish line was reached.

In the final of the three laps, a 30 second lead had been opened up by a pack of four cyclists – Poland’s Katarzyna Pawlowska, Mieke Kröger of Germany, Canadian Leah Kirchmann and Italy’s Rossella Ratto.

It seemed that this quartet would battle it out for the line, but then proceedings took a rather unfortunate turn for them when a bridge on the course suddenly opened just before they were able to travel across.

Race organisers explained afterwards that it had been arranged for the bridge in question to remain closed until 6pm local time.

The road gets blocked in front of the breakaway at the bridge as the gate closes the road. Peleton catch the break. #lton17

However, because of the stage’s slow pace, the riders did not arrive there for the final time until 15 seconds after that time, meaning that a red light and passing boat was waiting for the cyclists.

By the time the race was able to restart with 5km to go, the peloton had caught up with the breakaway group.

The final sprint for the line saw Australian rider Hosking edge ahead of Vos, clocking a time of 3hours 34min 26sec.

Despite coming second today, Vos’ performance was good enough for her to open up a 12 second lead over Belgium’s Jolien d’Hoore and fellow Dutch rider Ellen van Dijk with her combined race time of 6:04:31.

Tomorrow’s final stage will see the race come to an end after a 156.6km stage between Svinesund and Halden.