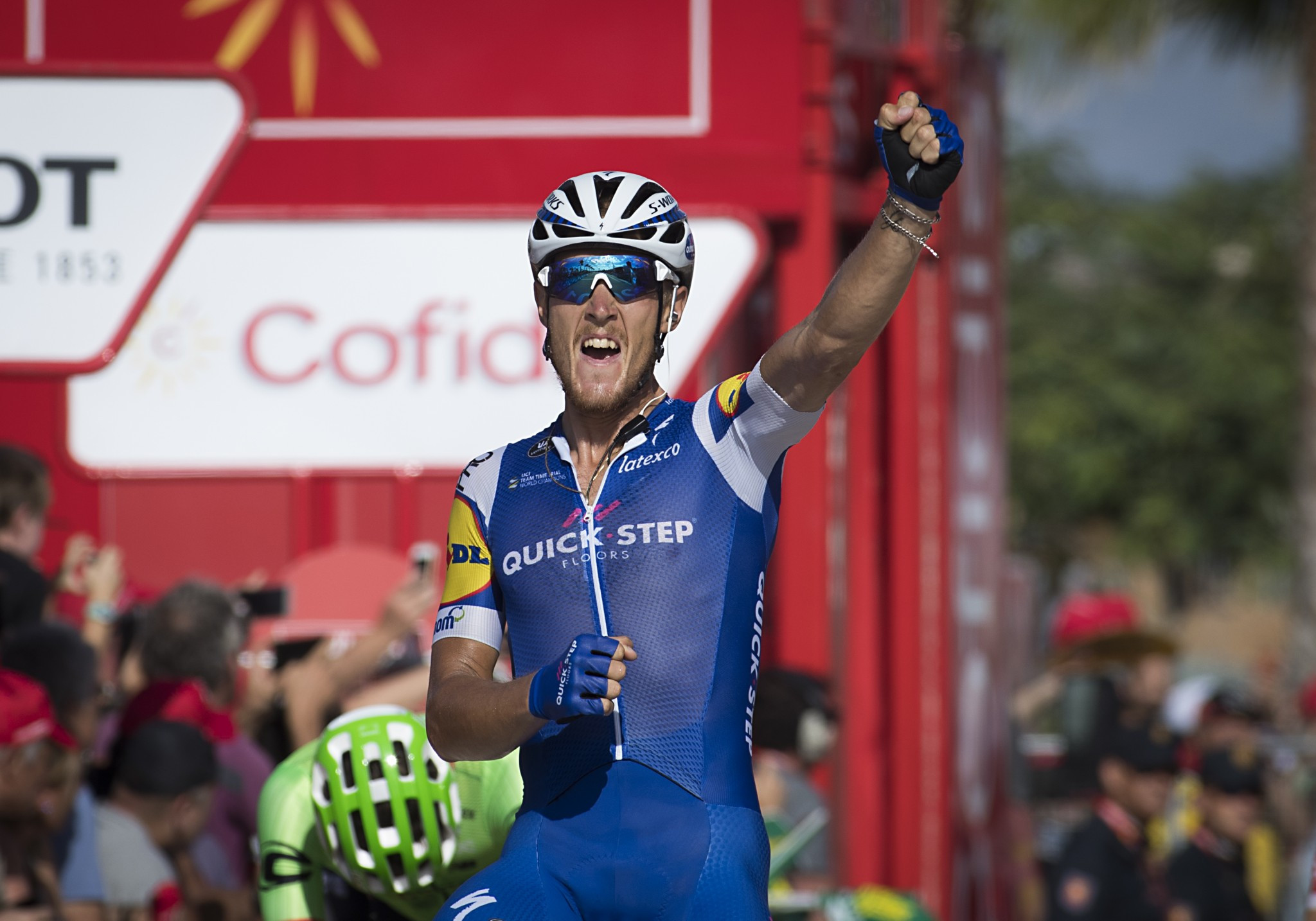 Matteo Trentin nailed the final sprint to the line today as he claimed victory on the fourth stage of the Vuelta a Espana as Chris Froome retained the leader’s red jersey.

The Italian made the most of his team-mates from Quick-Step leading the peloton going into the finish to surge ahead at the right time and win the 198.2 kilometre stage, which started in Escaldes-Engordany in Andorra and finished in the Spanish city of Tarragona.

He managed to hold off the challenges of Juanjo Lobato of Spain and Belgium’s Tom van Asbroeck, who came second and third respectively, with the clock stopping on 4 hours 43mins 57sec.

Trentin’s victory today means he has now won a stage on all three Grand Tours, having tasted success in last year’s Giro d’Italia and the 2013 and 2014 Tour de France races.

British rider Froome, a four-time Tour de France champion, crossed the line with the peloton to maintain his two second lead in the general classification standings with a combined race time of 13:37:41.

The United States’ Tejay van Garderen is fourth and is also two seconds behind Froome like De La Cruz and Roche.

If Froome secures his first Vuelta title, he will become the third man to win both this and the Tour de France titles in the same year.

Tomorrow’s stage starts in Benicassim and ends up in Alcossebre.