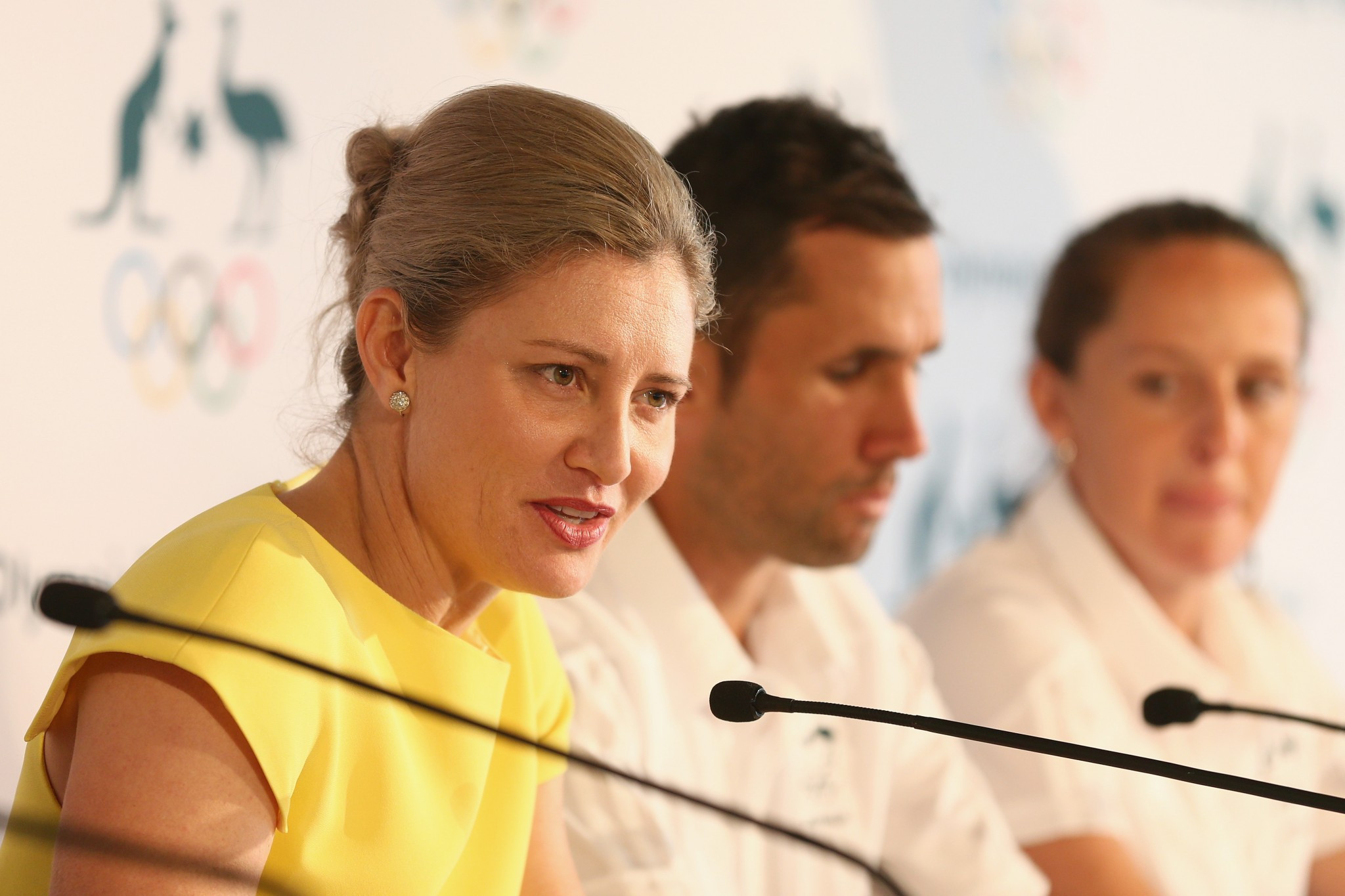 Her warning followed the release of review last week documenting a dysfunctional culture within the organisation.

Coates, re-elected earlier this year President of AOC, which he has led since 1990, attempted to absolve himself of responsibility for problems raised in the review and swiftly rejected calls to resign.

De Jong, who stepped-down in December 2016 after 29 months in the chief executive position, has been fiercely critical of this stance.

"I am of the belief that every person in an organisation needs to accept some level of responsibility for the culture of the organisation for which they work," she told ABC's The Ticket.

"When I tried to introduce meaningful change throughout the organisation there was certainly a will on behalf of many of the staff to embrace that but there were some individuals that worked to actively obstruct my efforts.

"Unfortunately, I would say there was no appetite for meaningful change from the very top of the organisation."

When asked to confirm she was talking about Coates, de Jong added: “Yes.

"I worked like hell to try to change the culture that I inherited and I lost count of the number of initiatives I tried to introduce and the efforts I went to try to address that.

"As anyone who has ever tried to change the culture within an organisation would know it takes a collective will to do so and in my experience that didn’t exist.

"The times when I raised issues about behaviour it was met with a response that some individuals were too important to lose and in fact my authority over them was removed."

This latter point appears a reference to AOC director of communications Mike Tancred, a close ally of Coates  currently the subject of a second Independent Committee inquiry due to be published on Thursday (August 31).

"As someone who worked for 12 years to promote and protect that very organisation I more than anyone hope that meaningful change can come about," de Jong said

"However I would also say that I have a genuine concern about the ability for that meaningful change to occur so long as the current Executive President is in place."

The review, carried out by Sydney-based not-for-profit organisation The Ethics Centre, called upon the AOC to acknowledge the "significant challenges" they face following an assessment of its workplace culture.

It found evidence of open hostility between senior staff members, as well as instances of favouritism, poor communication and a lack of transparency in decision making.

The AOC, it ruled, was "out of step with both their ideals and the minimum expectations for a modern organisation".

De Jong's successor Matt Carroll claims he has now been given full responsibility to bring about all 17 changes recommended in the review.

Carroll has admitted to not being surprised of the conclusion that "the President exerts an overriding influence or control over the organisation".

Coates, 67, also a vice-president of the International Olympic Committee, in turn implicitly criticised de Jong for many of the problems raised in the review.

"The senior leadership that have been criticised in this report - they're not all with us anymore," Coates said.

"I certainly don't like it but they weren't my direct reports, the dysfunctional leaders that are referred to there, with the exception of the chief executives.

"That was the hand I was dealt in terms of those chief executives."