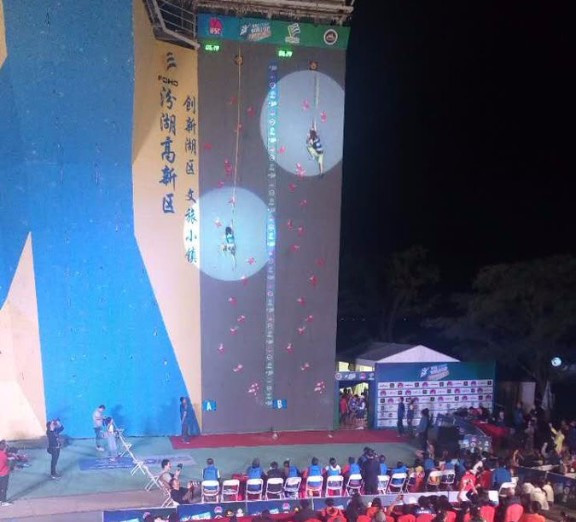 Aries Susanti Rahayu of Indonesia produced a superb speed qualifying display to beat the world's top ranked athlete by a single hundredth of a second at the International Federation of Sport Climbing (IFSC) World Cup in Wujiang.

Susanti Rahayu is not even on the world ranking list for this season but produced a superb time of 7.94 seconds on a wall located 300 metres south of the Chinese city's Fenhu Economy and Technology Development Zone.

Anna Tsyganova finished 0.14 behind her team-mate in third.

Anouck Jaubert of France and another Russian in Mariia Krasavina, ranked second and third in the world, also progressed in fifth and seventh respectively.

There were no such problems for the favourites in the two lead events.

France's Romain Desgranges and Italy's Stefano Ghisolfi, the world's top two ranked athletes, were both among the three qualifying winners.

They were joined by another Frenchman in 10th ranked Thomas Joannes.

Slovenia's rising star Janja Garnbret led in the women's lead qualifiers, along with her closest rival in the World Cup standings, Kim Jain of South Korea.

They were joined by unranked Japanese contender Akiyo Noguchi.

All four finals are scheduled to take place tomorrow.