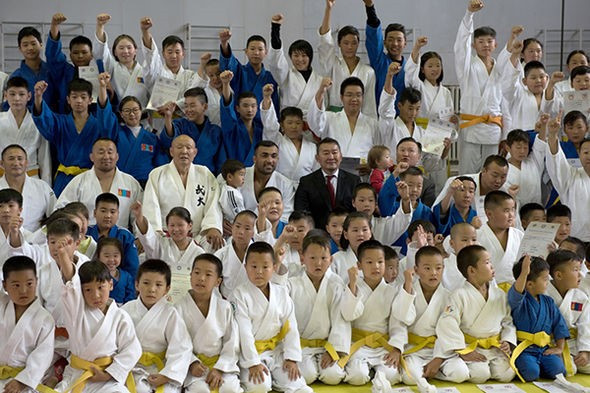 Mongolia is the latest focus in the documentary series Judo For The World, which is being championed by the International Judo Federation (IJF).

Filming began two years ago in Japan, and 12 documentaries have since been made in as many countries.

The aim is to show how judo can change the lives of local people confronted with adversity.

For 10 days, the IJF filmed Greece's Ilias Iliadis in Mongolia, the Athens 2004 Olympic and 2010 world champion who set out to discover a country that he dreamed of visiting but had never had the opportunity to do so.

The IJF also teamed up with dentists at the Pour Sourire Association, who work with judoka.

A 20-day mission to bring dental care to people who normally do not have access to it was also carried out.

The Judo For The World journey offered the opportunity to meet the President and ask him about the impact of judo on his life and his country.

At the 2017 World Judo Championships, Mongolia earned a record medal haul to finish third on the medal table.

They won one gold, one silver and four bronze medals.

The film helps to explain this performance and shows how the ancestral nomadic tradition of the Mongol people might be the secret of their results.