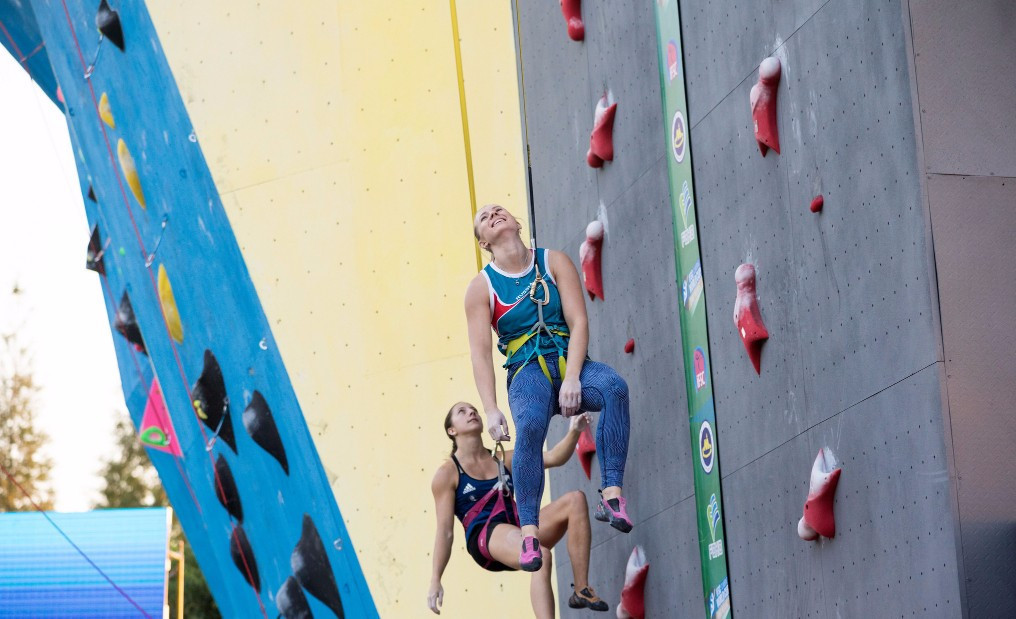 The China Tour concludes this weekend with the final speed and penultimate Lead events of 2017 at the International Federation of Sport Climbing (IFSC) World Cup in Xiamen, following last weekend's events in Wujiang.

Last year in Xiamen, Iuliia Kaplina of Russia was placed second to win the season title in speed over Anouck Jaubert of France.

The rivalry has continued this season, with Kaplina finding the upper hand at Wujiang last weekend in a series which has added excitement as sport climbing is due to makes it Olympic debut at Tokyo 2020.

The seventh and final speed event in Xiamen will again determine who will be crowned season champion and a win from either elite athlete will seal the deal.

In the men’s field, Vladislav Deulin of Russia is guaranteed to finish in first or second place on the season podium in speed and can clinch the season title by making it to the medal races.

His compatriots Aleksandr Shikov – winner at Wujiang – and Stanislav Kokorin can stand alongside him at season’s end, as well as world record holder Reza Alipourshenazandifar of Iran and Italians Ludovico Fossali and Leonardo Gontero.

At just 18-years-old, Garnbret has already recorded the most combined points in a single season in the history of the IFSC, and there are still two lead events remaining.

She hopes to defend her title as lead season champion at the seventh lead event of the season in Xiamen.

Stefano Ghisolfi of Italy improved his positioning in the men’s lead rankings by closing out the climbing in Wujiang with a thrilling top, as Garnbret did.

France's Romain Desgranges, however, can clinch the season title in lead in Xiamen by finishing in second place and is already guaranteed a spot on the season podium.

Multiple athletes are competing for second and third place, including reigning season champion Domen Skofic of Slovenia. Jongwon Chon of South Korea and Tomoa Narasaki of Japan, who improved their positioning in the combined by finishing sixth and second in Wujiang, respectively, and they are both on the start list for Xiamen.