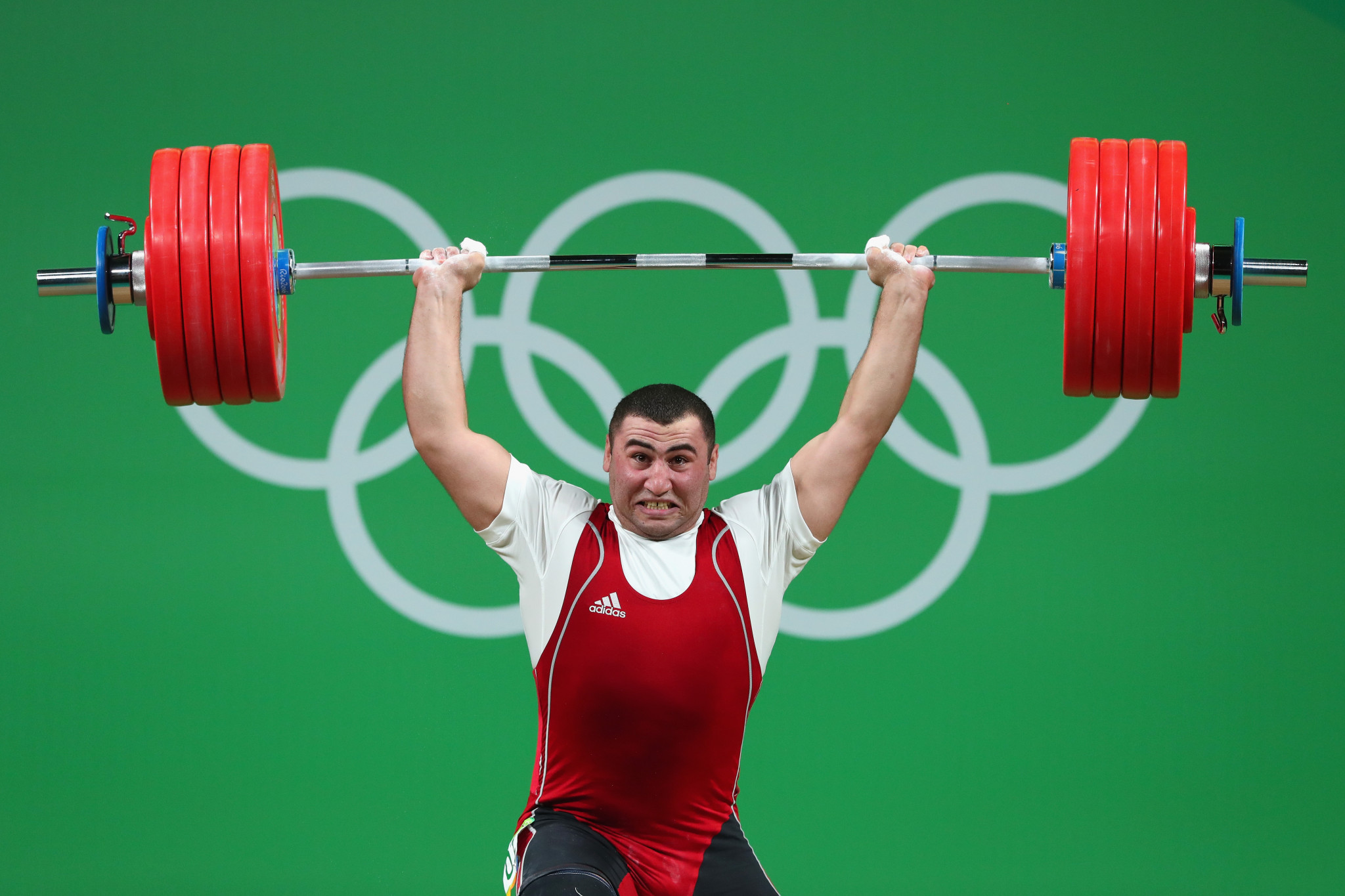 The Olympic super-heavyweight silver medallist Simon Martirosyan is one of nearly 150 weightlifters who will compete at the European Junior and Under-23 Championships over the next week, before sitting out a year of exile from international competition.

Martirosyan, the strongest favourite to win gold in any of the categories here in the host city of Durres, Albania, is from Armenia, one of seven European nations who are about to begin a one-year ban from the sport.

Between them those seven - Russia, Azerbaijan, Armenia, Ukraine, Moldova, Belarus and Turkey - are responsible for 146 of the 361 confirmed entries for these Championships.

Because the bans are not due to start until next week, the suspended nations can compete until the end of the schedule in Durres.

Their numbers highlight the impact their absence will have on next year's senior European Championships, which will go ahead as planned in March at a venue to be decided by the end of the month.

A total of nine nations have been banned by the International Weightlifting Federation (IWF) for having three or more positives in the retesting of doping samples from the Beijing 2008 and London 2012 Olympic Games.

Kazakhstan and China are the only non-Europeans.

Antonio Urso, the Italian President of the European Weightlifting Federation (EWF), said: "This is a really sad moment for me and for European weightlifting but it is a necessary situation.

"We must stop and think about the future of our sport."

The EWF Executive Board met today to discuss "how to push in a cultural way to cancel this problem".

"History shows us that changing a culture is a slow process," Urso added.

"These seven know very well that the problem exists, and that it's time to close one window and open another one.

"It's really important that the international and continental federations do their best to support these countries to help them open that window."

The IWF must report to the International Olympic Committee (IOC) in December on how it plans to deal with what the IOC President Thomas Bach calls a "massive doping problem".

Failure to produce a "satisfactory" report would lead to weightlifting being dropped from the Olympic programme.

Turkey, one of the banned nations, was due to host the senior European Championships next March but the event will be moved to "a nation without a doping problem" according to Urso, who will visit the prospective hosts next week.

Four nations have offered to step in and one of them, Georgia, is likely to be awarded the 2019 Championships.

The new 2018 hosts will be selected within two weeks and the Championships will go ahead in March.

Reports in Russia had suggested that the EWF would postpone the Senior Championships to allow the banned nations to compete much later in the year, but Urso said this was "fake news".

"I don't know where it came from, but it was totally false," he said.

"No decision was made until today, and we were never going to change the date from March."

The 2018 European Youth Championships will be in Tartu, Estonia in May, and the next Junior and Under-23 event will be in La Coruna, Spain, a year from now.

In 2019 the Senior Chamionships are likely to be in Georgia, with the Juniors in Chisinau, Moldova and the Youths in Costanza, Romania.