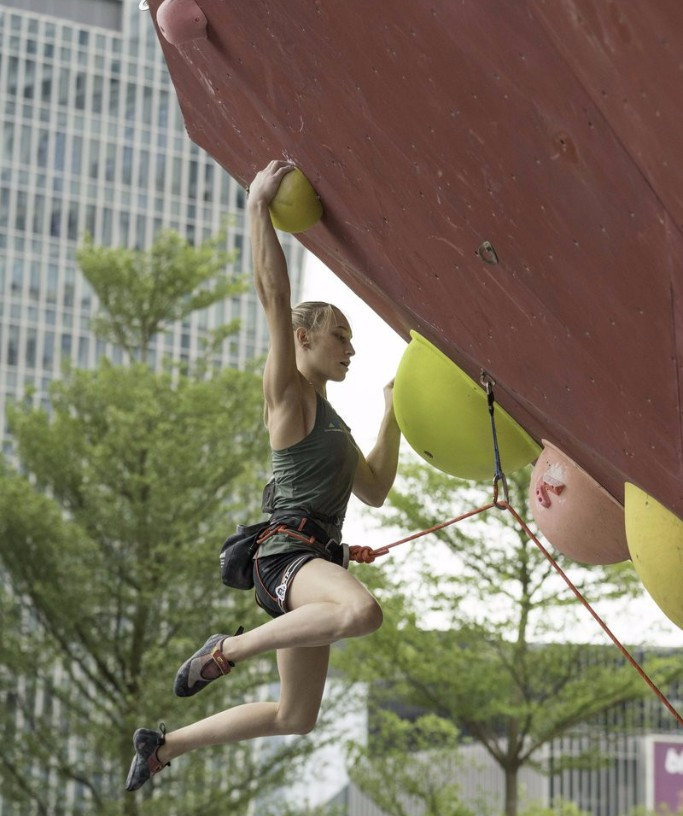 The 19-year-old knew she would defend her lead crown by coming 13th or higher in the Chinese city.

Garnbret's triumph was assured before she competed in the final as South Korea's Kim Jain, the only climber who could have mathematically overtaken the Slovenian, could only manage eighth.

Vladislav Deulin of Russia and French athlete Anouck Jaubert were crowned winners of the overall men's and women's IFSC Speed World Cup titles in style as they won the final competitions of the season.

Deulin, who only needed to reach the medal races to ensure he ended the campaign in top spot, beat Indonesia's Aspar Jaelolo to secure victory.

Kostiantyn Pavlenko of Ukraine did enough for the bronze as he rounded off the podium by taking third.

Jaubert also provided the fitting finale to a superb season, winning the women's event ahead of Aries Susanti Rahayu of Indonesia, while Anna Tsyganova of Russia was third.

Japan built on their dominant performance in qualification yesterday as they claimed a one-two in the men's lead competition.

Keiichiro Korenaga clinched the win in front of team-mate Tomoa Narasaki, who was forced to settle for second.