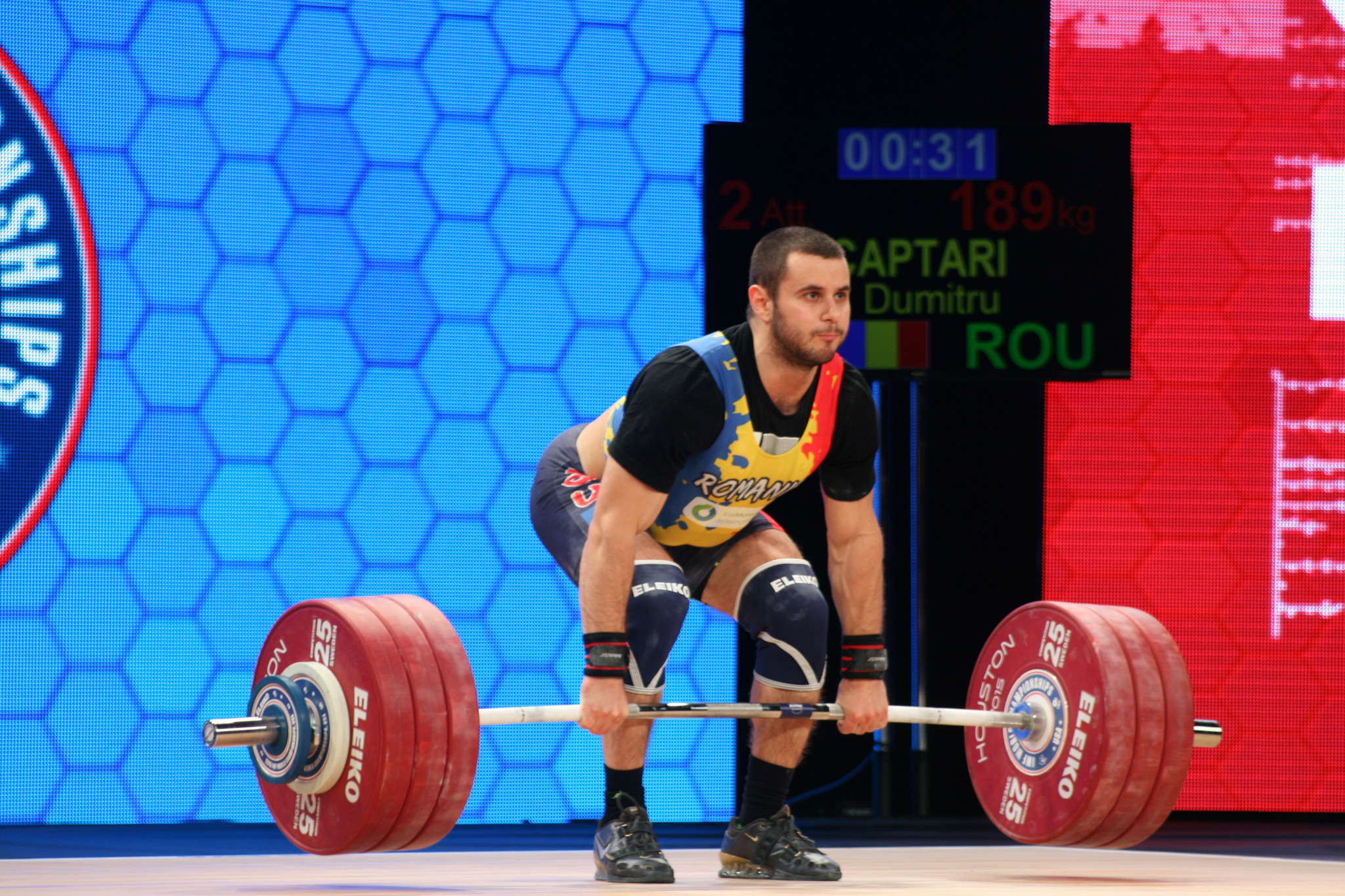 The last time most of the old Soviet Bloc nations missed a major international weightlifting championships Romania, thanks mainly to the great Nicu Vlad, came to the fore.

That was at the Olympic Games in Los Angeles in 1984 when the Soviets led a politically inspired boycott, and Vlad and Petre Becheru became Romania's first and, to date, only Olympic weightlifting champions.

Fast forward 33 years and, again in California, most of the 'new' Soviet Bloc countries will be absent from the biggest event on this year's calendar, the International Weightlifting Federation World Championships in Anaheim, this time because they are banned for multiple doping cases.

Another two gold medals today at the European Junior and Under-23 Championships here provided further evidence that Romania is ready to make its mark again on the global stage, perhaps in Anaheim and certainly in the future.

Elena Toma, the European senior champion who won the under-23 women's 63 kilograms title in Durres with a career-best performance, is a medal contender in the World Championships, which run from November 28 until December 5.

Another Romanian European senior champion, Dumitru Captari, is top of the world rankings in the men’s 77kg, in which his battle against Colombia's Yeison Lopez should be one of the highlights of the World Championships.

When Vlad became President of the Romanian Federation after retiring from competition 20 years ago, Romania had problems recruiting young lifters and good coaches.

But that has changed in recent years, with repeated visits to schools in small towns and villages, as well as the cities, helping to attract more youngsters to the gym.

There is also more training done in camps, with quality coaching, and the strategy has paid dividends, most notably with a remarkable haul of 56 medals in the recent European Youth Under-15 and Under-17 Championships in Kosovo.

Romania has many lifters, mostly women, high in the rankings in all age groups up to Under-23.

"I am happy with our progress, and we are in a good position," said Vlad, one of the most respected figures in world weightlifting.

"We have a lot of good kids for the future, and we are hoping to win a medal in Anaheim.

"It has been a long wait for a gold medal at the World Championships.

The winner then was Valeriu Calancea, who is now coaching.

One of his athletes, Florina Hulpan, won the junior 63kg in Durres today with a total of 205kg, ahead of Turkey's Nuray Levent and Ukraine's Mariia Tymoshchuk.

That was a long way behind the Under-23 champion Toma, Romania's big female hope in the World Championships.

Toma, whose performance lifted her to second in the rankings of those who will compete in Anaheim, totalled 236kg, which was 10kg more than her winning total in the senior European Championships in Split last April.

Alex Padure, secretary general of the Romanian Weightlifting Federation, said: "For sure there is an opportunity for us in Anaheim, but we can’t say we are going to win - anything can happen in competition.

"We have some very good athletes but for the best generation we will have to wait a little bit more.

"Our girls are stronger than the boys, so for a complete team we must wait."

Both today's men’s events were at 77kg, and the junior winner Ritvars Suharevs, of Latvia, was the most impressive performer.

The top three in a good junior contest were all teenagers, Suharevs winning on 333kg from Vlacheslav Iarkin of Russia, 1kg behind, and Turkey’s Celil Erdogdu.

There were two Russians on the podium in the under-23s, in first and third place.

The finishing order was Sergei Petrov on 332kg, Artsiom Shahau of Belarus 3kg behind him and Razmik Unanian third on 317kg.