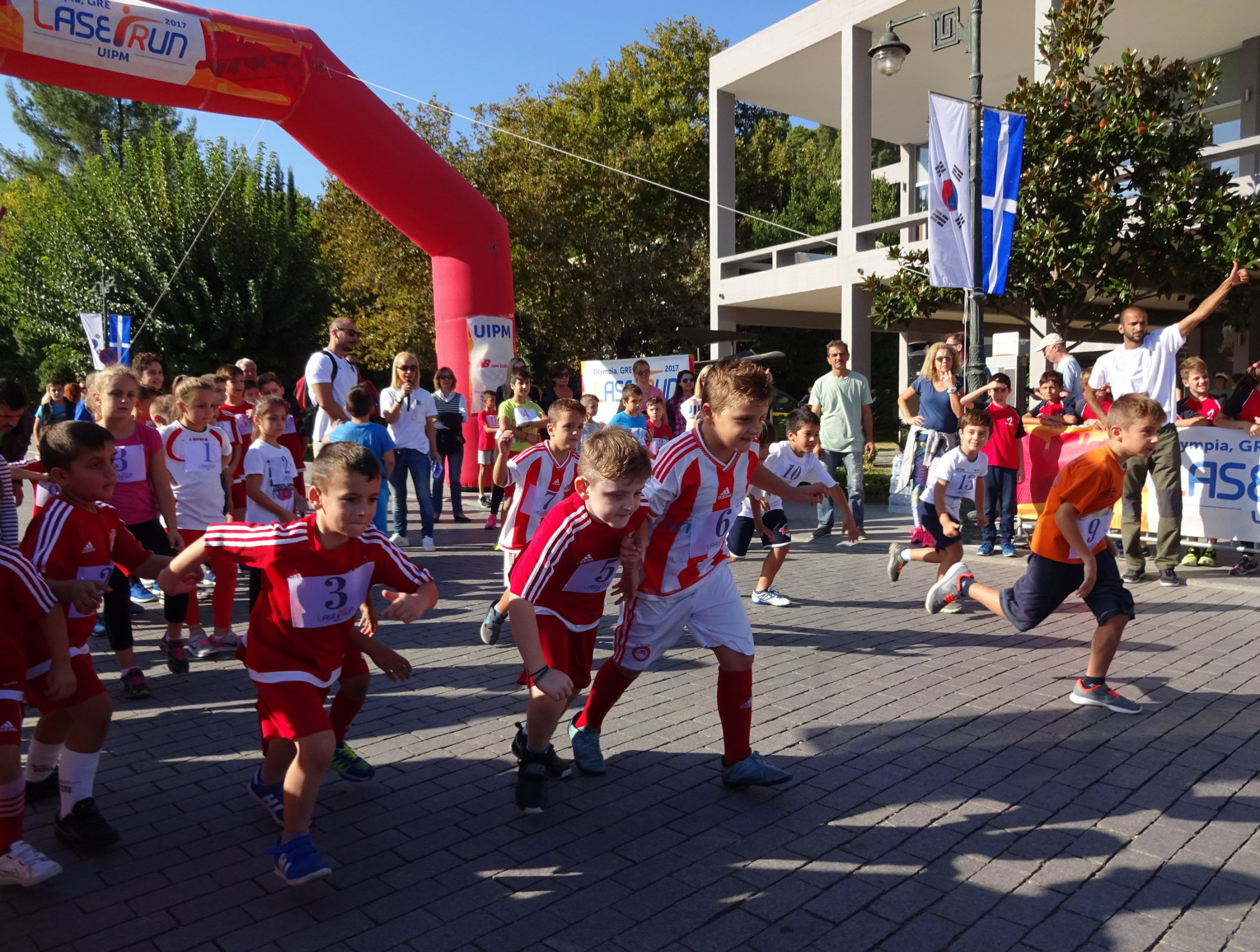 Ancient Olympia hosted its first modern pentathlon laser-run, an event which incorporates the finale of the Olympic version of the sport.

The sport was showcased as Olympia prepares for the Pyeongchang 2018 Torch lightning ceremony tomorrow.

Olympia is of one of 60 cities around the world to stage similar competitions in 2017, as part of a new campaign by the International Modern Pentathlon Union (UIPM) to "offer a new pathway into the sport of modern pentathlon".

"We wanted it to be held here to coincide with the flame lighting ceremony," said UIPM development officer Anfisa Kasayanova.

It is claimed more than 20,000 people have taken part in the events held this year.

"Our goal was 60 cities around the world in 2017 and next year we have opened applications for 120 cities and so far we have already accepted 100," Kasayanova said.

The sport was introduced to the Olympic Games in 1912 at the urging of founding father Pierre de Coubertin himself.

"This was exactly the idea to bring the modern pentathlon here," Kasayanova added.

"The Federation in Greece spoke to the Mayor and explained that this would be a good link with the ancient and modern pentathlon.

"It is also because Pierre de Coubertin's heart is here and he was the creator of modern pentathlon."

Inspired by the Ancient Games, which had a demanding event to discover the "champion of champions", Coubertin devised a similar competition.

"This pentathlon is destined to play a great role, perhaps even to become the most important event in Olympic Games to come," he said at the time.

The winner would be "a true athlete, the complete athlete", it was claimed.

The Olympic modern pentathlon now comprises of fencing, swimming, riding and a run-shoot event to close.

The laser-run includes the last two events and attracted some 200 participants.

Some of those competing were only eight-years-old but all seemed to relish an event which closed the main street in Olympia for much of the day.

"In pentathlon there are five events but the kids here are just doing running and shooting but for them it is something interesting," said Bogusia Smolarek from Poland.

"It is really great to see them enjoying themselves.

"They are participating and supporting the others, it is just fun for them."

Ishaq Abdullah Shahin al Balushi is a swimming coach and hopes that the sport will develop in his home country of Oman.

"We are here for the masters programme, we all come from different countries and we were invited to take part as volunteers and we have really enjoyed it," he said.

"There are different categories and even the older people can join in."

Olympia is the third Greek community to have hosted a laser-run this year, after Athens and Thessaloniki.