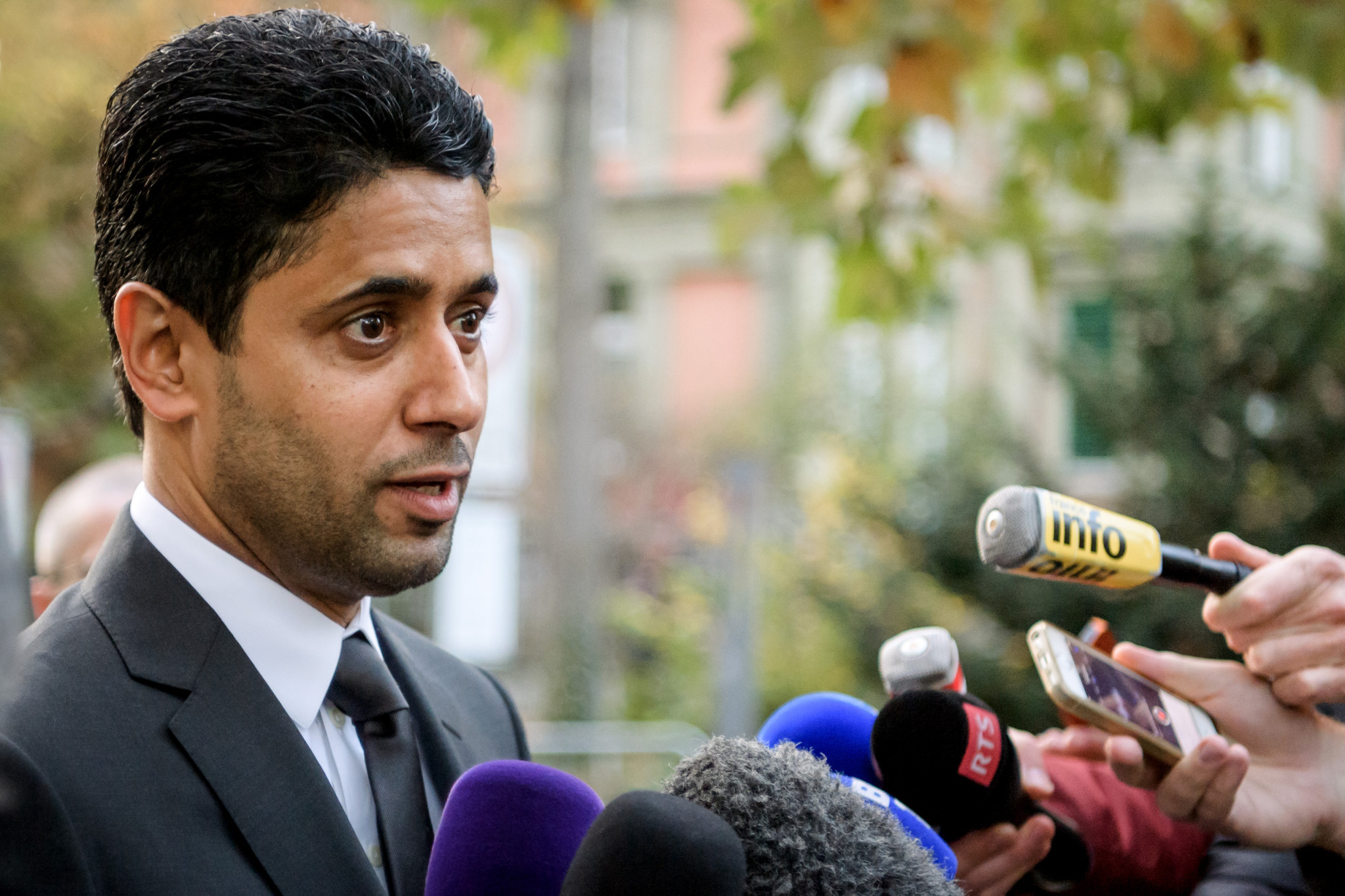 Paris Saint-Germain chairman Nasser Al-Khelaifi claimed to be "relaxed" after leaving an interrogation by Swiss authorities on claims of corruption.

Al-Khelaifi, who is also the chief executive of the beIN Media Group, is facing criminal proceedings from the Office of the Swiss Attorney General (OAG), alongside disgraced former FIFA secretary general Jérôme Valcke.

The probe is in relation to alleged bribery in connection with television rights for the 2022 FIFA World Cup in Qatar.

Accompanied by his legal team, Al-Khelaifi arrived at the OAG offices in Bern at about 9.30am local time today.

According to AFP, he was interviewed for nearly eight hours.

"I have nothing to hide," he said afterwards, according to AFP.

"I asked to come to Switzerland to explain myself.

"I am at the disposal of the attorney general if he wants to see me again.

"I came relaxed and I am leaving relaxed."

The OAG has accused Al-Khelaifi and Valcke of breaching one law of the Federal Act on Unfair Competition and three of the Swiss Criminal Code.

This includes bribery of private individuals, fraud, criminal mismanagement and forgery of a document.

The Paris offices of Qatar-based beIN were raided earlier this month at the request of the Swiss authorities.

It was then claimed that beIN did not cooperate with the search, an allegation the media company has denied.

Swiss prosecution spokesman Andre Marty told AFP there was "huge complexity in the case" with "masses of information" to be sorted through.

"Mr Al-Khelaifi was cooperative," he said.

"He was answering the questions.

"It's always nice to avoid a situation of total confrontation.

"Now it's up to the attorney general of Switzerland to see if his behaviour violated the law."