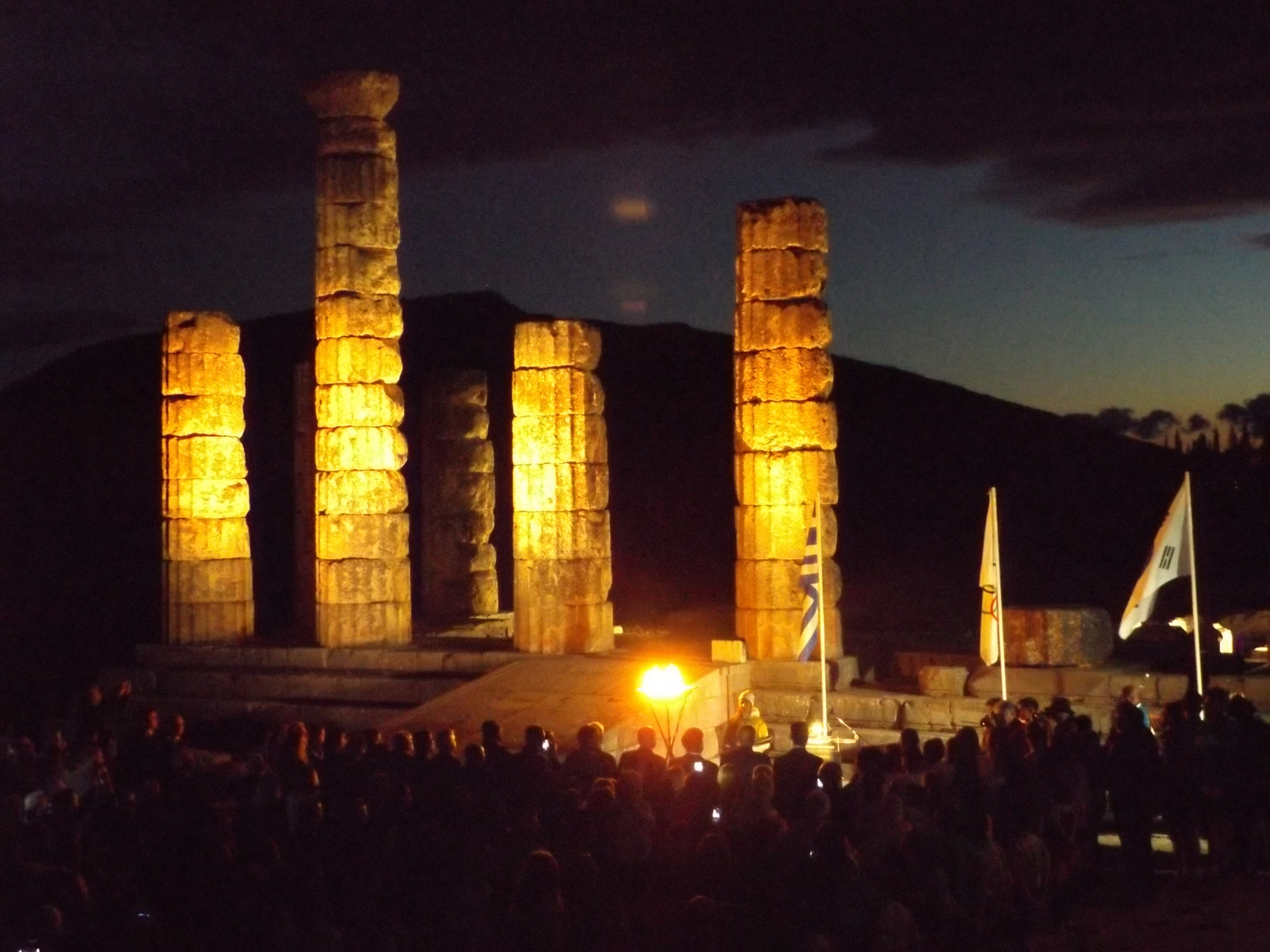 They used to call Delphi the "centre of the world" and now the Olympic flame burns here again, albeit only for a few hours.

This is the last overnight stop before it arrives in Athens.

As the sun set leaving the sky dark, 23-year-old Alpine skier Georgia Marre brought the flame into the precincts of the ancient site and lit a Cauldron with the backdrop of the columns of the temple of Apollo.

"This is an opportunity to renew our connection with the ancient Games and its philosophy," said Olympic Torch Relay mastermind Sakis Vasialidis.

"’It has been fantastic and everything has gone so well.’"

The Relay is due to head to the Greek capital tomorrow and will arrive in early evening at the Acropolis before the formal handover to Pyeongchang 2018 on Tuesday (October 31).

"We are not going to rest," Vasialidis said.

"When it is over we shall miss it because it is such a unique event for all of us."

Pyeongchang 2018 project manager Yun Ju Hong is excited at the prospect of the Torch finally being handed over to them.

"’The Olympic Torch Relay is the starting point for a successful Games," he said, clearly impressed by the historic surroundings.

"These days I guess there are some countries that are concerned about the security of the Korean Peninsula, but we are confident the Olympic Games are beyond all political tensions."

To reach here from nearby Amfissa, the Relay convoy made a steep climb up sharply twisting mountain roads with sharp hairpin turns.

Beneath the runners, the hills sweep away dramatically into the valley below.

Most vehicles have to inch their way up here and the only ones who are truly at home are the mountain goats.

The weather gods were certainly smiling again as blue skies bathed the region.

"We had an miracle from the oracle," joked Delphi Mayor Athanasios Panagiotopoulos.

The oracle was where ancient Greeks came to ask the priestess Pythia for advice.

She was said to consult Apollo to determine whether the omens were good or bad.

It seems to have worked for the modern Greeks, because less than 24 hours earlier, the mountains had been shrouded in mist and there were lengthy spells of drizzle which would certainly have lessened the spectacle.

The flame was carried through the streets of Delphi by local sportsmen who had balloted for a chance to run.

Georgios Karatzoglis is a keen distance runner who has taken part in the classic Marathon to Athens race and was taking part in the Torch Relay for the first time.

"After running the marathon, the distance will be no problem."

He was joined by gymnastics coach John Markodimos, athlete Christos Kalias, and cyclist Thimios Docos, all called forward to stand in the glow of the flame during the finale to the ceremony.

A musical trio Lyren Rhapsody performed with ancient lyre and drum to set the seal on a truly memorable evening.

One volunteer in the flame team told me it was the most memorable evening in over a decade of accompanying the Olympic Torch.