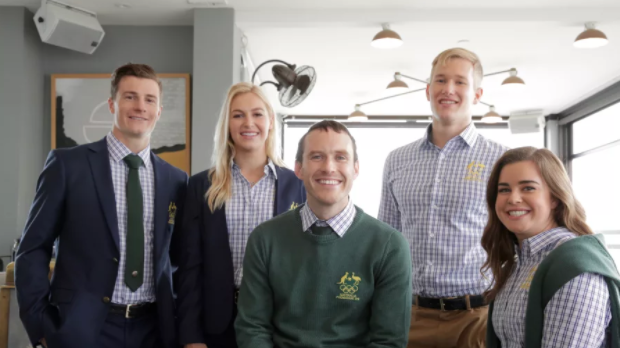 Australian "formal" uniforms for next year's Winter Olympic Games in Pyeongchang have been unveiled by leading athletes.

The kit, designed by the Australian Olympic Committee's (AOC) official supplier Total Image Group, include blazers with the names of every member of their team at the South Korean Games on the inside lining.

“These uniforms have a true Australian look about them,” said AOC chief executive Matt Carroll.

“We are particularly excited to welcome the Total Image Group on board as an official supplier and thank them for their support of the 2018 Olympic Team.”

The uniforms feature a "modern colour palette with Navy and darker tones complimenting traditional green and gold to represent an overall winter feel".

“I think the athletes are really going to love the look of these uniforms,” added Australian Chef de Mission, Ian Chesterman.

“They’re youthful and exciting, while still maintaining a strong Australian feel that each and every team member can wear with immense pride."

“Having the names of past Winter Olympians adds a special touch on this uniform and one that will mean a lot to the athletes.

"It continues a tradition that was started at the London 2012 Games.

“Receiving your Australian Olympic formal uniform should be an exciting experience for all of our team members and I think Total Image Group has created pieces that will facilitate that.”

An Australian team of approximately 50 athletes will compete across 11 sports in Pyeongchang.