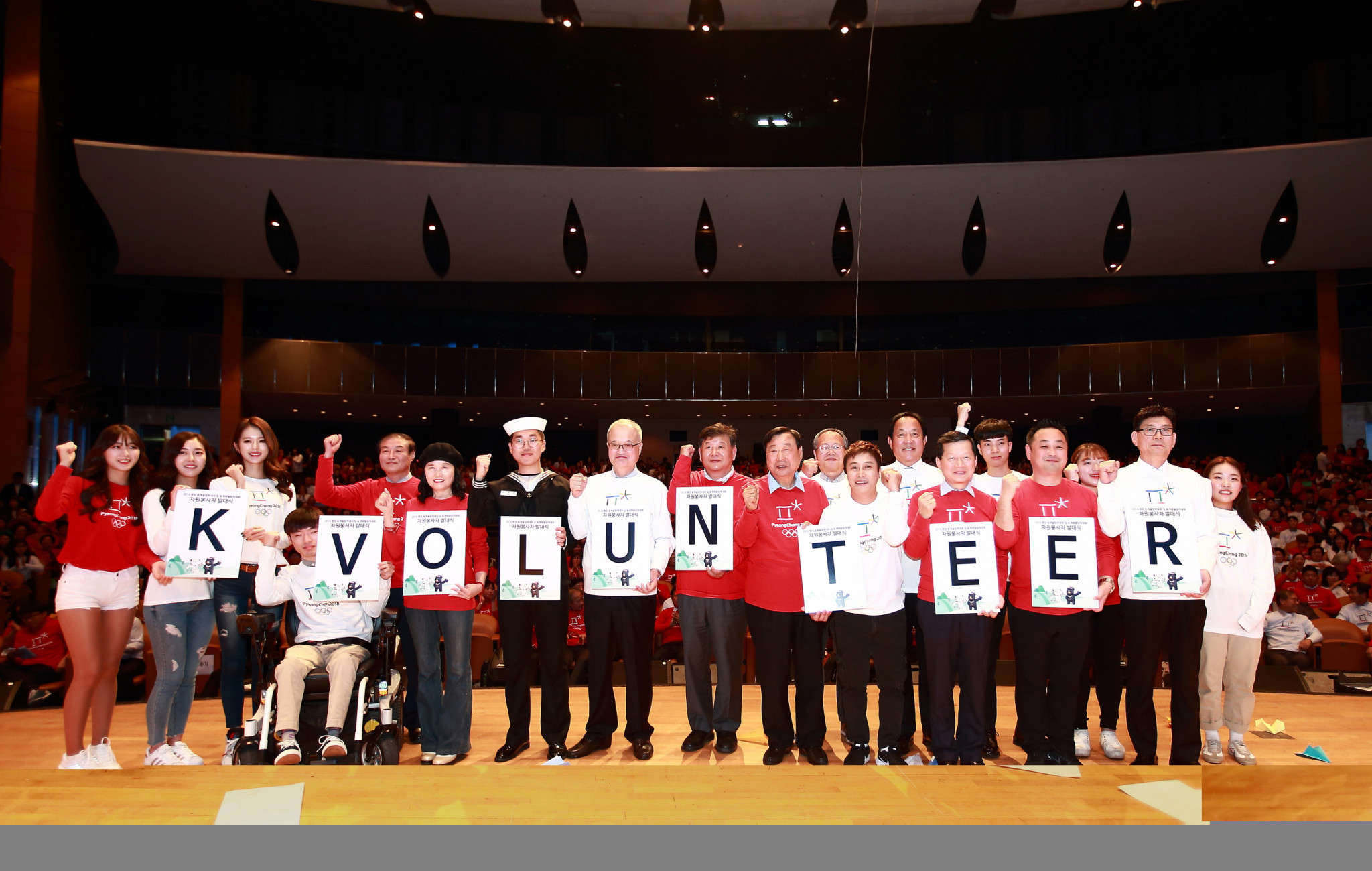 Pyeongchang 2018's volunteer force for the Winter Olympics have sworn an oath promising to be ‘’ the rock star of every moment’’.

They also pledged to be ‘’a driving force behind world peace which will be achieved through the hosting of the 2018 Olympic and Paralympic Games’’.

They’ll be known as the "Passion Crew" which keeps it all nice and 'PC', politically correct, for Pyeongchang.

The mantra of the Games is ‘’Passion Connected."

Volunteers have also promised ‘’to stay passionate and foster festive spirit where everyone becomes one across border (sic).’’

They will ‘’impress the athletes, spectators and all those participating in the 2018 Pyeongchang Olympic and Paralympic Winter Games with a brilliant smile.’’

Belgian fencer Victor Boin was the first to swear an oath on behalf of his fellow competitors at the Antwerp Games of 1920.

These days, officials and coaches also do so but although it includes a rejection of doping, there is nothing about smiling, or for that matter, about rock stars.

Some 20,000 volunteers are expected to be the face of these 2018 Winter Olympic and Paralympic Games.

During the Games, they will do everything from offering directions, checking tickets, interpreting , escorting athletes to doping control and even taking part in medal ceremonies.

Over a thousand of them came together at a ‘’Kick-off Ceremony", at the COEX, in Seoul, to show off the uniforms that will become very familiar next February .

Made by North Face, they are predominantly red ‘’to give it a festive feel, but also representing one of the colours in the national flag.’’

The design is complemented by ‘’metal grey’’ which organisers claim is ‘’one of the top trending colours for outdoor clothing’."

Each volunteer will receive eight items of kit, including a ski jacket and pants, bobble hat , gloves and ‘’padding booties’’, with a rucksack in which to store them.

It will be a major logistical exercise to ensure everyone receives the correct sizes.

‘’We know it is important that our staff and volunteers feel comfortable and smart,"said Pyeongchang 2018 President Lee Hee-beom.

"We think the designs do exactly that and the feedback today is encouraging.’’

At previous Winter Games, the IOC President has sometimes worn the volunteer uniform, a trend begun by Jacques Rogge.

Those gathered in Seoul heard a special message from current President Thomas Bach.

‘’You have an important responsibility," Bach said.

"It will be your smiles and your warm welcome that people will remember forever and the Games could not happen without your participation.’’

At the last Winter Games, the multi-coloured offering from Sochi 2014 drew on ‘’a patchwork quilt design representing the different regions of Russia.’’

At first the design was not universally acclaimed.

Some also criticised the maroon shirts worn by the ‘’Gamesmakers‘’ at London 2012.

The shirts drew criticism even though they were based on the uniforms of the Grenadier Guards.

Those in Pyeongchang may well feel they have escaped lightly.

At the 2016 Youth Olympic Winter Games, in Lillehammer, the trousers were bright green.

The Norwegian royal family bravely wore them in public but most agreed they were a complete fashion 'no-no'.