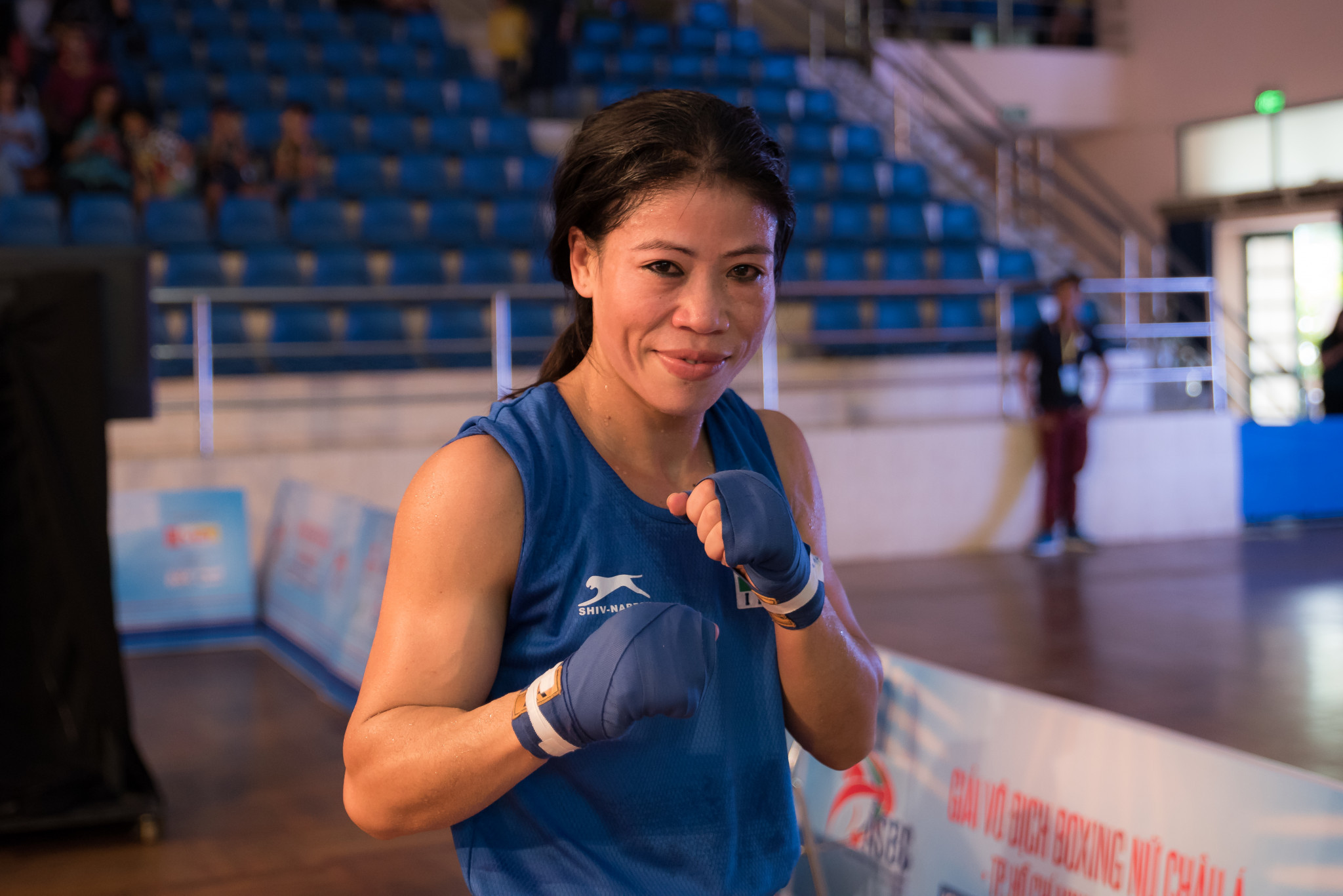 India's Mary Kom is through to the light flyweight finals of the Asian Women's Boxing Championships after defeating Japan's Tsubasa Komura in Ho Chi Minh City in Vietnam by a unanimous decision on the five judges' cards in the 48 kilogram division, leaving her to meet North Korea's Kim Hyang Mi in the final, after the latter eliminated Mongolia's Jargalan Ochirbat.

Overall, China and the host country had a great deal to celebrate, as five of their boxers got through to the finals at the Nguyen Du Indoor Stadium.

Kom, 34, a five-time world champion, has four Asian titles and a silver medal in her career and now proceeds to her sixth final.

"I am so happy after my triumph in the semi-final of the Asian Boxing Confederation Women's Boxing Championships," Kom said.

"I received a lot of support from my Boxing Federation and I felt the love of my country."

If she wins tomorrow, the Indian will be claiming her first Asian gold medal in the 48kg category.

After a cagey opening round Kom increased her attacks to unsettle the Japanese fighter.

Both boxers showed evidence of preparing well, but Pang's efforts were sufficient to ensure she will meet Vietnam's Nguyen Thi Tam in the final, after the latter defeated Mongolia's Nandintsetseg Myagmardulam.

Huang showed plenty of talent but Yin is now due to meet Sonia Lather Singh of India, an AIBA Women's World Championship silver medallist, in the final.

She was tired after defeating Kazakshstan's Rimma Volosenko and China's Yang Wenlu in previous rounds but did enough to ensure victory.

She will now compete for the gold medal against Vietnam's Luu Thi Duyen.

Dou will now face Kazakhstan's Madina Nurshayeva in the final.

She will be in action in the final against Valentina Khalzova of Kazakhstan, an AIBA Women's world champion.

The Chinese woman came out on top and will meet South Korea's Seon Su Jin in the final.

The Vietnamese still managed to win, through, and will face Uzbekistan's Guzal Ismatova in the final.