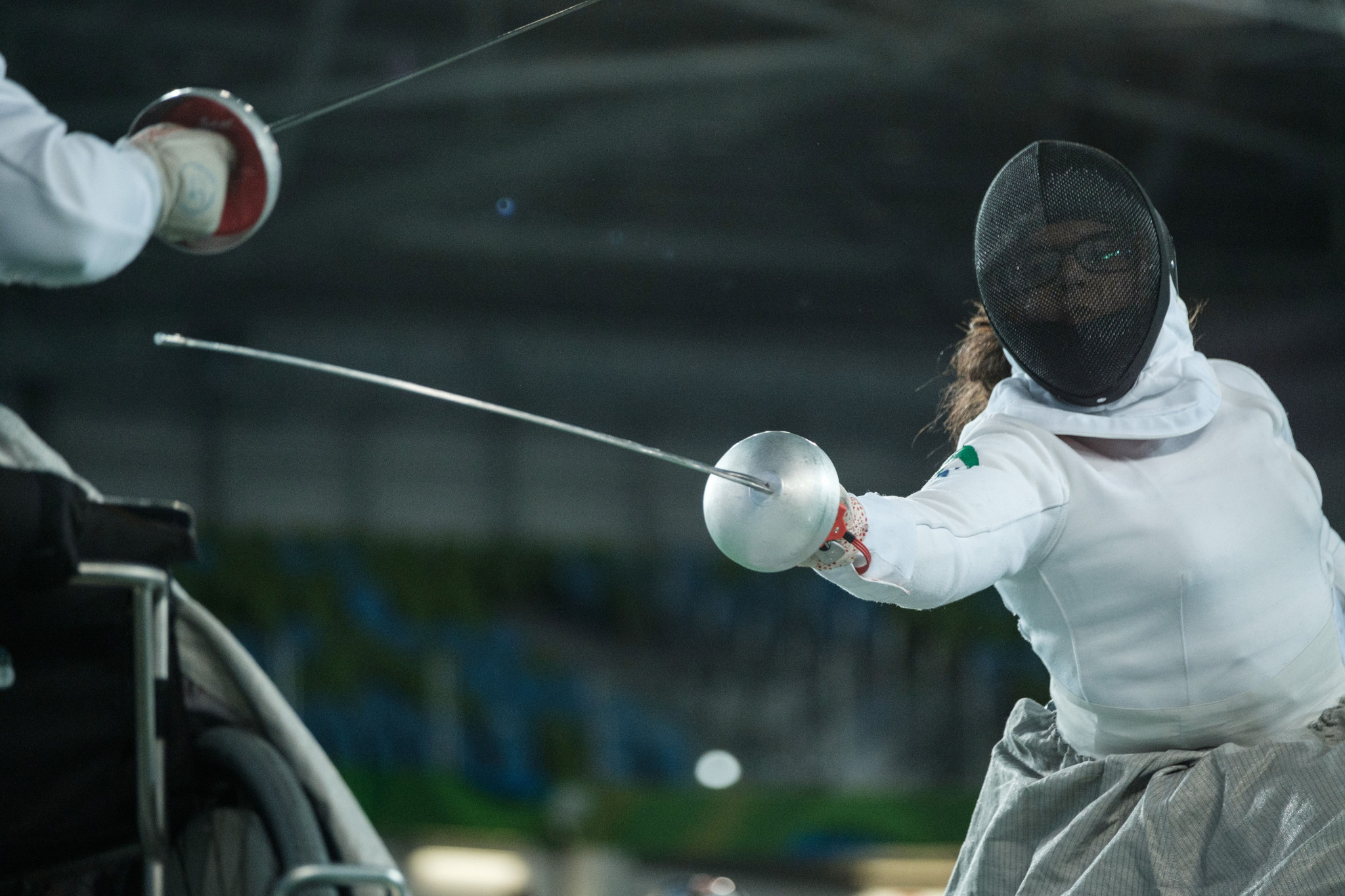 Hungary’s Paralympic fencing silver medallist Richárd Osváth won his first global gold in Rome tonight as he defeated Matteo Betti of Italy in the final of the men’s Foil A at the International Wheelchair and Amputee Sports Federation (IWAS) Wheelchair Fencing World Championships.

It was a resounding opening day at the Hilton Rome Airport for Hungary, who took a second gold in the women’s épée A thanks to Zsuzsanna Krajnyak, who defeated Hong Kong’s top seed Yu Chui Yee 15-9 in the final.

He added world gold to the silver he won in this event four years ago in Budapest by a 15-14 margin.

Both men reached the final with victories over strong Russian opponents, with Osváth beating Roman Fedyaev 15-11, and Betti defeating Nikita Nagaev by the same score.

The men’s foil B title went to Britain’s Dimitri Coutya, who defeated Anton Datsko of Ukraine 15-9 in the final.

The 20-year-old Coutya, who reached the quarter-final stages in both category B foil and epee on his Paralympic debut at Rio 2016, has progressed steadily since breaking through to win five World Cup medals at the age of 17.

Datsko defeated France’s top seed and Paralympic bronze medallist Maxime Valet 15-11 in his semi-final, with the young Briton progressing at the expense of Poland’s Jacek Gaworski, 15-13.

The fourth and final gold of the opening night, in the women’s sabre B, went to Georgia’s Irma Khetsuriani, the 2015 silver medallist, who defeated Thailand’s Saysunee Jana 15-10 in the final.